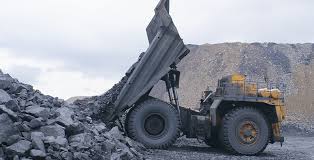 Cost on Central government imposed by the Supreme Court through the learned bench led by HONOURABLE MR. CHIEF JUSTICE N V RAMANA in the case of BLA Industries v. Union of India (Civil Writ jurisdiction No. 15 of 2015)

FACTS OF THE CASE: Brief facts of the case are as follows; In the present case, BLA Industries filed a petition with the Supreme Court in the 2014 case of ML Sharma v. Union of India, arguing that the name of the company was wrongly listed by the Central government in the list of 46 coal block allottees. The Screening Committee established by the Union of India’s Ministry of Coal did not assign a coal block to the petitioner. In the Coalgate case, the Supreme Court heard a request to invalidate coal block allocations made by the Central government to private businesses between 1993 and 2011. The Supreme Court’s ruling in that case from 2014 stated that the Central Government’s allocation of coal blocks was not in accordance with the Coal Mines (Nationalization) Act or the MMDR Act, and that the practise and procedure used by the Central Government to allocate coal blocks to beneficiaries via the Screening Committee Route was against the law that had already been passed and the Rules established. As a result, it ruled that the Screening Committee’s recommendations for the whole allotment of coal blocks were illegal.

JUDGEMENT: After reviewing the submissions of both the sides, the Hon’ble court held that BLA Industries had applied for a mining lease in compliance with the Mines and Mineral (Development and Regulation) Act, 1957, and that BLA Industries had followed the proper procedure by addressing the State government first (MMDR Act).The Court determined that the mining licence issued to the petitioner was not tainted by mala fides, as was the case with the other allottees, and that the petitioner’s distribution of the coal block did not violate the procedures outlined in the MMDR Act and the Mineral Concession Rules of 1960.However, the central government did not perform the necessary research to ascertain if the petitioner had been granted access to the mine in a legal manner. The Supreme Court thus imposed ₹1 lakh costs on Central government for incorrectly including name of company in list of illegal allottees. The Court, therefore, allowed the petition and held that the Central government is not entitled to claim payment of an additional levy for the coal extracted by the petitioner.