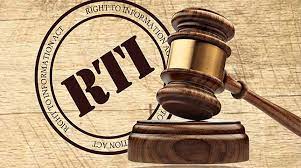 The Gujarat High Court on 16th June 2022 ruled that if any information sought under the Right to Information Act is destroyed and it is not the result of malicious destruction of information, the punishment under Section 20(2) of the RTI Act would not apply, through the single bench of Justice AS Supehia in the case of Thakarshibhai Bhurabhai Jajal vs Gujarat State Information Commissioner (Special Civil Application No. 7188 of 2021).

As per the facts of the present case, the petitioner had sought action against the PIO (Public Information Officer) of a municipality for failing to provide information despite a directive from the State Chief Information Commissioner.

The petitioner (deceased) was represented by his legal heirs. The petitioners’ counsel argued that the respondent was not following instructions issued in appeal by the State Information Commissioner directing them to provide information about the deceased petitioner’s service, which they did not do. He requested that an appropriate penalty be imposed by Section 20(2) of the RTI Act for the loss of the dead petitioner’s records, which he alleged were illegally destroyed.

According to the respondent’s counsel, despite respondent No.5’s best efforts, a record of the deceased petitioner’s service was not found, and so, Panch Rojkam was made. She contended that the order in question was followed since it required the respondent to either disclose the documents sought or, if the records were unavailable, to submit details about their efforts to obtain such records, which the respondent provided.

The bench noted that the State Chief Information Commissioner had asked the PIO to either provide the sought information or send necessary information about the search or efforts made to find such information. The court further stated that the orders imposed in the abovementioned order do not indicate that information or records must be provided. The instructions are to either provide the record or provide details about respondent No. 5’s efforts to find the record for the petitioners. Respondent No.5’s Panch Rojkam dated 10.12.2021 states that, despite their best efforts, they are unable to find the record. It is not the petitioners’ position that Rojkam is fraudulently made and concocted. Thus, it stated that, while exercising its discretionary power under Article 226 of the Indian Constitution, it cannot dive into the issue of fact regarding the destruction or non-preservation of the record.