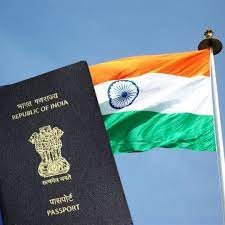 The Gujarat High Court on 2nd August 2022 ruled that civil courts lack jurisdiction to hear and decide a person’s citizenship status and that the matter is solely the responsibility of the Central Government, through the single bench of Justice Nisha M. Thakore in the case of Akil Valibhai Piplodwala vs Central Government (Second Appeal No. 435 of 2022).

The present appeal was filed under Section 100 of the Code of Civil Procedure, 1908, and was directed against the District Judge’s judgement and decree dated 12.07.2022 in Regular Civil Appeal No.20 of 2012 (in short “the impugned order”). The District Judge had quashed and set aside the judgement and decree dated 01.01.1999 passed in Regular Civil Suit No.22 of 1992 passed by the learned 3rd Civil Judge (SD), Panchmahals at Godhra by the said impugned order.

According to the facts of the case, a 60-year-old man claims to have been born and raised in India and is seeking a declaration that he is a citizen under Section 5(1)(c) of the Act based on his marriage to an Indian citizen. The appellant had spent about 7 years of his life in Pakistan, and the Centre had presented documentary evidence in Court to prove that the appellant had been given Pakistani citizenship and was allowed to go to India on a temporary residence permit.

The bench noted that whilst the Appellant claimed to be an Indian citizen by birth, he also sought a declaration of his citizenship based on his marriage to an Indian. It then remarked that the District Court in the government appeal had correctly proceeded to record the conclusion that the appellant is not an Indian citizen but has Pakistani nationality, based on the evidence presented before it.

The Court did, however, find merit in the Appellant’s contention that the District Court erred in concluding that the trial court committed gross error in assuming jurisdiction to consider the matter of section 9(2) of the Citizenship Act and granted protection from deportation. It went on to say that under Section 4 of the Specific Relief Act, the party might always go to civil court to safeguard its civil rights. However, under the provided facts of the case, where the appellant was found to be an Indian Citizen, the civil court’s jurisdiction to even investigate the infringement of his civil rights is excluded.

The bench relied on the Supreme Court’s judgement in State of U.P. vs. Mohammad Din, [AIR 1984 SC 1714], which stated that the Civil Court will have no jurisdiction to decide an issue arising in a suit filed before the commencement of the Citizenship Act, 1955 because the Central Government has been designated as the exclusive forum for the same.

Given these facts and legal provisions, the High Court refused to intervene with the District Court’s order, concluding that no substantial questions of law had arisen for consideration.

Accordingly, the civil application was disposed of.