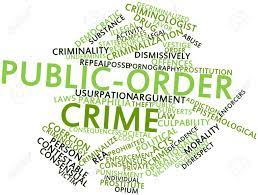 In the case of Abhisek Acharya & Ors. v. State of Odisha (Case No.: CRLREV No. 331 of 2022 Order Dated: 2nd August 2022), a number of people accused of breaking into and damaging property at the official residence of Mr. V.K. Pandian, IAS, and Mr. Naveen Pattnaik, the Chief Minister of Odisha, were denied release by the Orissa High Court.

Facts: On February 10, 2018, a security guard at Mr. V.K. Pandian’s IAS residence filed a FIR. It was written there that on that day, at 10:00 AM, when he was performing his duties at Mr. Pandian’s home, a few people arrived with TV cameras and identified themselves as reporters for OTV and said they were going to interview Mr. Pandian. The informant requested that they return later and informed them that Mr. Pandian was not present in the quarters. After some time, the informant heard hulla close to the entrance and left the guard room to discover that 30 to 40 people had kicked through the main gate and barged inside while carrying flags of a political party. When the informant objected, the two people who had previously arrived and introduced themselves as the cameraman and the reporter of OTV also entered the area. They then began abusing him in profane language and threw flower pots against the glass pan of the quarters. A motorcycle was also damaged, and some of them grabbed the informant by the throat and hauled him into the guard room. The informant felt smothered as a result of their pressing against his throat. The trespassers then questioned the informant about Mr. Pandian and provided him with the names of two politicians from a particular political party who they claimed had requested that they carry out these actions in order to force Mr. Pandian to leave Odisha. With great effort, the informant was able to escape the criminals’ grasp and emerged from the guard room. The assailants seized control of the informant and made him yell slogans endorsing the two candidates while waving party flags. People gathered at the scene as soon as they heard this hulla, and the perpetrators fled the premises while threatening them and using vulgar language.

Judgement: The Court noted that the purpose of a discharge under Section 239 of the Criminal Procedure Code is to protect the accused from unwarranted and ongoing harassment. Discharging the accused is right and appropriate when the accusations lack merit or foundation and there is no prima facie evidence to support them in order to avoid misuse of the legal system. The charges must be viewed as unfounded if there is no reason to believe that the accused committed a crime. Any legitimate basis, including a lack of sufficient evidence to support the charge, may serve as the basis. The Court held the opinion that it cannot be claimed that the petitioners were unfairly targeted in this instance due to political rivalry. It worked, “The Court would be correct in assuming that there is cause to proceed against the accused and write the charge appropriately once the facts and components of the sections are present. For charges of framing, a strong suspicion is necessary; nonetheless, these charges must be supported by evidence. At that point, the court is not to analyse whether there is enough evidence to convict the accused or not, nor is it to carefully evaluate the truthfulness and impact of the evidence the prosecutor intends to introduce.” Further, it stated that the claim made by the petitioners’ attorney that a different FIR was filed regarding the incident in which the informant (of the original FIR) gave a different version must be presented as evidence at the trial stage in accordance with the law, and if the defence proves to the Trial Court’s satisfaction at that time that the prosecution case is implausible given the various versions of what happened, the case will be dismissed. Comparing the account provided in another FIR pertaining to the incident is not permitted at this time. It concluded that the Trial Court correctly denied the petitioners’ request for a discharge, and that there was no justification for interfering with that decision. The review petition was consequently denied.