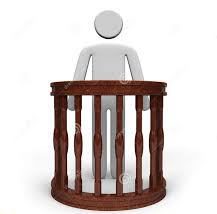 In the case of Guda Mahender v. The State of Telangana (CRIMINAL APPEAL No.219 of 2021) decided through the learned bench led by Justice K.Surender, the Telangana High Court ruled that benefit of doubt has to be extended to the accused under the POCSO Act if the age of the victim girl cannot be proved by the prosecution to be below 18 years of age.

Facts of the case: In this case, a complaint was filed against the accused by the father of the victim, according to the father the girl left for school and did not return, claiming that suspicion lies on the accused. Later after the investigation, the girl was found after a few days and stated that the accused took her to a room by force, also claiming and giving promises of marriage but instead raped her continuously for 12 Days. But a further investigation showed, how the girl knew and was acquainted with the accused and also said she use to cook for him during her stay, showing signs that no force was used. The court convicted the accused under the POCOS Act and section 366A, 376(2)(n), 342 of IPC Passed by a special Judge for trial under POCSO Act.

Judgment: As the court rightly pointed out that the statement given by the victim shows that there was no use of force by the accused, either when the girl accompanied him or stayed with him in a room. The logical explanation of how the victim stayed in the house without being bound or cooking food for the accused or using the bathroom outside the house surrounded by neighbors only shows how she stayed there of her own will without any force. The accused was only convicted because of the age of the victim as the date of birth of the victim showed she was less than 18 years, however, the court noted that the prosecutor did not file any proof to prove her age and in the absence of any certificate issued by the hospital or municipal authorities, the correct age of victim girl could not be concluded from evidence and reasoning but only from an explicit statement. Therefore, the court concluded by saying that if the age, as alleged by the claimant as in the prosecution is suspicious and not proved by an explicit evident statement, then the conviction on basis of the age of the victim cannot be sustained, then the accused gets the benefit of doubt. Thus allowing the criminal petition.