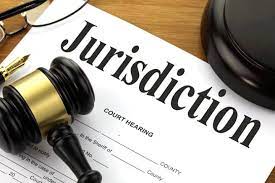 The Karnataka High Court on 1st June 2022 ruled that an accused’s power of attorney holder cannot file a petition under Article 226 or 227 of the Constitution of India read with Section 482 of the Cr.P.C. or a criminal petition under Section 482 of the Cr.P.C., through the single bench of Justice M Nagaprasanna in the case of Samantha Christina Delfina Willis & Anr. vs State of Karnataka (Writ Petition No. 24602 of 2021).

According to the facts of the case, on June 6, 2021, the petitioner married the complainant’s husband, Syed Ali Hindustani, through a website. It is alleged that the wife was tortured by the husband/5th respondent starting on June 12, 2021, just five days after their marriage. The wife escaped to her ancestral home in Kolkata on July 11, 2021. The complainant and his parents travelled to Kolkata on July 17, 2021, to convince her to return to Bangalore. Both petitioners went to London, United Kingdom, after rejecting the request. The petitioners returned to Kolkata on November 14, 2021, to seek annulment of the marriage. By then, the respondent/husband had filed a police report in Bangalore on November 11, 2021.

According to the complaint, the wife took all of his mother’s jewellery after their marriage, claiming that she needed them for a photo shoot since she liked ethnic Indian jewels, and she never returned them. Furthermore, a sum of Rs.7.5 crores is said to have been transferred to the 1st petitioner’s account as a result of her deceit in convincing the 5th respondent to pay for a property in their joint names. The complaint further alleges that the petitioners were not Muslims and posed as Muslims, but were in reality Christians. Based on the complaint, the police registered a case under sections 406, 419, 420, 380, 384, 389, 506, and 34 of the IPC.

It was further alleged that the petitioners were guilty of suppressing facts when seeking an interim injunction from this Court and requested dismissal of the petition on those grounds.

The bench referenced the Delhi High Court’s judgment in Amrinder Singh v. State Of Nct Of Delhi [CRL.M.C. 1571/2021], in which it was held that an accused cannot rely on a third party, such as a Power of Attorney holder, to represent him in criminal proceedings.

In respect of fact suppression, the petitioner was arrested and subsequently released on bail. The bench stated that there is no word regarding the aforementioned facts and occurrences that the petitioners suppressed when filing the present writ petition.