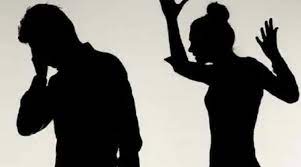 The Karnataka High Court on 31st May 2022 ruled that calling the husband impotent without legally establishing the allegation constitutes cruelty under Section 13(ia) of the Hindu Marriage Act, through the division bench of Justice S. Sunil Dutt Yadav and Justice K. S. Hemalekha in the case of Shashidhar vs Smt. Vijayalaxmi [MFA No. 102625 of 2015 (MC)].

According to the facts of the present case, the husband stated that his wife was cooperative for one month until her behaviour abruptly changed. It is alleged that she refused to do household work and began making accusations against him that he is incompetent to fulfil his matrimonial obligations, that he is an unfit person to be a husband, and that the allegation of impotency was disclosed not only before him but also before relatives of both parties, which caused a lot of embarrassment to the husband resulting in mental torture, that it was intolerable to live with his wife and thus sought for a decree of divorce.

The counsel representing the husband stated that, apart from insulting the husband and her in-laws and refusing to perform domestic duties, the wife had begun making serious allegations that the husband is incapable of fulfilling his marital obligations. The wife’s behaviours have subjected the husband to emotional and physical torture. It was also contended that the allegations stated have not been proven and that the Trial Court was not reasonable in rejecting the husband’s petition.

The bench noted, after considering the records and facts of the present case, that no material was produced and no efforts were made to establish that her contention concerning the husband’s impotency is legitimate and is not only an accusation but a truth. If this is not done, the allegation of impotency in the presence of others and her spouse will inevitably harm the husband’s reputation.

It was also stated that no prudent woman would think about making accusations of impotency in the presence of others but rather would take the necessary steps to ensure that the husband’s reputation is not harmed and is not cast out in public. Thus, it held that, although Section 13 of the Act does not consider impotency as a ground for divorce, the false allegation of impotency made by the wife would undoubtedly cause mental turmoil, that would amount to mental cruelty under Section 13(1)(ia) of the Act, allowing the husband to seek divorce on the grounds of cruelty.

Accordingly, the appeal for dissolution of marriage was allowed.

Read the full judgement at