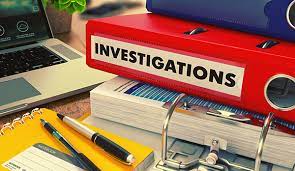 The Karnataka High Court on 6th June 2022 ruled that in circumstances when the circumstances warrant proving the accused’s guilt beyond all reasonable doubts, the Investigating officer must be examined, through the single bench of Dr Justice HB Prabhakara Sastry in the case of Parveez Pasha vs The State by Tilak Park Police Tumkar (Criminal Revision Petition No. 155 of 2012).

The petitioner had approached the court to challenge the trial court’s verdict of conviction on March 4, 2008, which was confirmed by the sessions court on 2011. According to the prosecution, the complainant lost his gold chain in June 2006 and then kept silent for a while before proceeding with the case. After some time, he learned via the newspaper that the police had recovered several stolen items, including a gold chain; as a result, he went to the Police Station and, after recognising his chain, filed a complaint in August 2006.

According to the complainant, the Police visited the area and drew a scene of offence panchanama after filing the complaint. Following the completion of the investigation, the Police filed a charge sheet against the accused for the violation of Section 380 of the IPC.

Amicus Curiae appointed by the court to represent the petitioner stated that there has been an inordinate delay in filing the complaint, which has not been properly justified by the complainant. Furthermore, the prosecution has not examined the Investigating Officer who is supposed to have conducted the investigation in this instance, which is serious to the prosecution’s case. The recovery of the alleged stolen articles at the accused’s stated instance has also not been proven due to the Investigating Officer’s non-examination.

The prosecution contested the plea, arguing that the complainant’s delay in filing the complaint was adequately justified in his complaint. It was further argued that because the recovery at the accused’s behest had been shown by the other material witnesses questioned by the prosecution, the absence of the Investigating Officer would not weaken the prosecution’s case in any way.

The bench noted that the alleged recovery of the gold chain occurred before the complainant had the opportunity to file his complaint. As a result, the court ruled that it could not be the prosecution’s case that they arrested the accused and recovered the stolen golden chain at his request following the complaint.

Furthermore, after hearing the evidence of the panch witnesses, the court concluded that the alleged production of the products taken from the accused’s home had not been proven.

The court stated that the panch witness’ evidence has serious contradictions and paints a different image from the prosecution’s case. It stated that both the Trial Court and the Sessions Judge’s Court leapt to the conclusion that the prosecution had proven the accused’s stated guilt beyond all reasonable doubts.

Accordingly, the revision petition was allowed and the accused was acquitted.