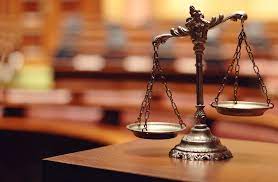 The High Court of Delhi, through learned judge, Justice Pushpendra Kumar in the case of Vishesh Taneja vs. Reetha (CRL.REV.P. 1133/2019 & CRL.M.As. 39285-87/2019) observed that the object of Section 125 is to compel a man to perform the moral obligation which he owes to the society in respect of his wife and children.

FINDINGS OF THE COURT: The court remarked that the provisions of Section 125 are intended to fulfil a social purpose and its object is to compel a man to perform the moral obligation which he owes to the society in respect of his wife and children. The status of the parties and their capacity, of course, is required to be considered so as to arrive at a reasonable conclusion as to whether wife and children require maintenance and, if yes, to what extent. The court observed that in this case, the order of maintenance of Rs. 10,000/- cannot be said to be arbitrary or illegal when there is no material to indicate that the respondent/wife has any source of income. On the contrary, the petitioner himself stated in his affidavit that he was under self-employment.

The court observed that the larger issues, whether the respondent would at all be entitled for any maintenance from the petitioner or whether the petitioner is of unsound mind, are to be decided by the court below after recording evidence of the respective parties. The court remarked that at the interim stage, if the family court passes an order granting maintenance of Rs.10,000/- per month considering the totality of circumstances, the same does not call for any interference under the revisional jurisdiction of this court. The court was not inclined to interfere into the order passed by the Family Court, Karkardooma, Delhi, hence, the revision petition was dismissed.