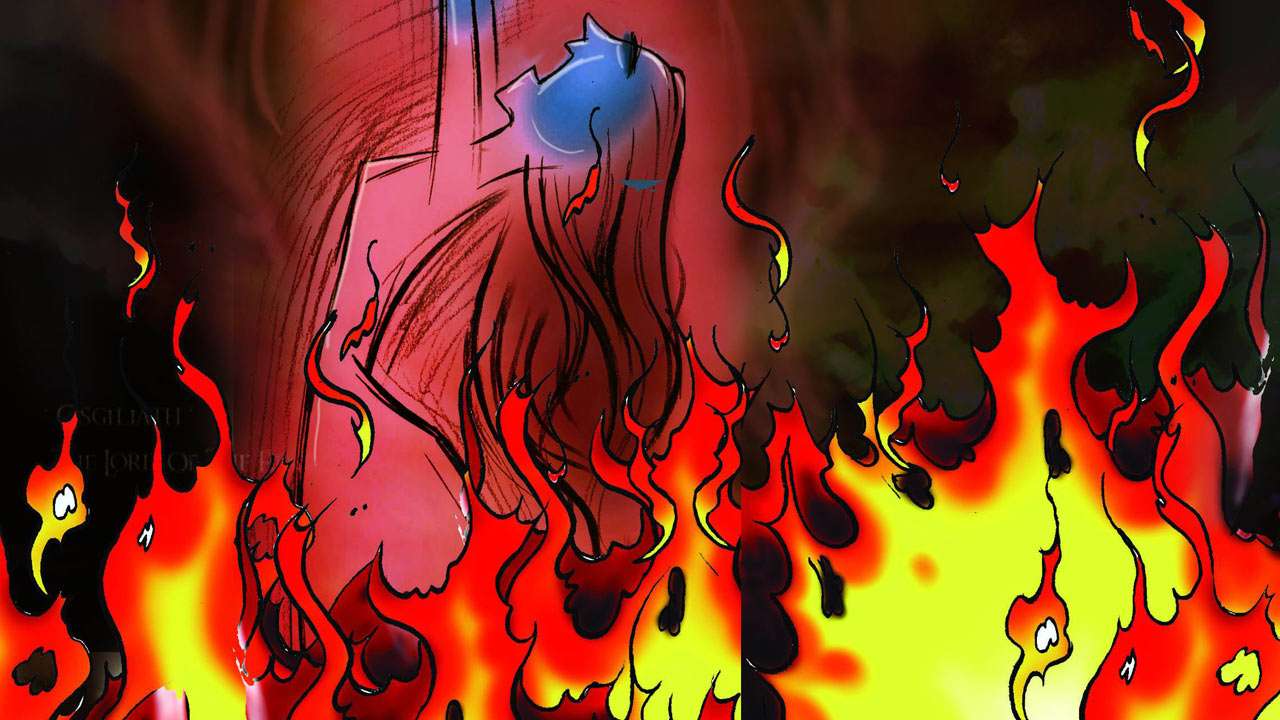 This particular decision is held by the High Court Of Karnataka through the single bench of Justice Mohammed Nawaz  in the case of Nazrulla Khan V. The State Of Karnataka.

The marriage of the victim/Afsana Banu was performed with the accused about 6 years prior to the date of the incident. The accused was addicted to alcohol and he was subjecting the victim to cruelty, both Physical and mental. He used to demand money from her parental home. On 26/11/2015 at about 11:00 P.M , the accused came home consuming alcohol , assaulted the victim and demanded to bring Rs.25,000/- from her parental home. He then told her that she would die and only then could he live happily. It is the further case of prosecution that the accused poured kerosene on the victim and lit,fire due to which, she sustained severe burn injuries and while undergoing treatment at Mc. Gann Hospital, Shivamogga, She died on 11/12/2015 about 1:45 P.M.

The sessions court had by its judgement delivered in September 2018, convicted and sentenced him for offences punishable under Sections 498-A and 304-B of IPC. The court had found him not guilty for charges under section 302 (Murder).

The bench went through the evidence of witnesses and the dying declaration and said,

It added, “However, the evidence and material on record is sufficient to hold that the accused has committed an offence punishable under Section 498A of IPC.”