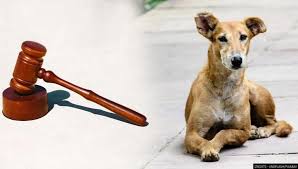 The Calcutta High Court recently voiced its strong concern with the police authorities’ lax approach to the investigation of the matter involving a “lost pig” that was forcibly removed from the Kalyani Court grounds.

In the case of Atasi Chakraborty (Majumdar) v. The State of West Bengal & Ors. (WPA No. 11566 of 2022), a Single Judge Bench of Honorable Justice Shampa Sarkar noted, “In addition to the protection and security of the court complex, the animal’s best interests should be the investigation’s top priority. The welfare of animals has legal recognition. According to Sections 3 and 11 of the PCA Act in conjunction with Articles 51-A(g) and (h) of the Indian Constitution, animals have the right to be protected from needless pain or suffering.”

Some of the Kalyani Bar Association’s members are the petitioners. They said that some miscreants forcibly took away a piglet that had been saved and raised by them. The pig remained in the courtyard. On the afternoon of March 25, 2022, four unidentified individuals broke into the courthouse and forcibly removed the animal in a car. An employee of the security company videotaped the entire incident and sent it to the police. On April 2, 2022, the police authorities subsequently filed a case under Section 379 of the IPC.

The petitioners claimed that taking the animal against its will out of its familiar surroundings and out of the care of those who cared after it constituted cruelty. They argued that the Prevention of Cruelty to Animals Act, 1960’s provisions ought to have been used.

The Court referenced the Supreme Court’s ruling in Animal Welfare Board of India v. A. Nagaraja, which found that an animal’s right to be free from fear and discomfort. Applying the guiding principle in this case, the Court determined that the pig’s rights were infringed when it was taken forcibly out of its environment by unidentified individuals.

The Bench said, “While expressing irritation at the police’s arrogant behaviour, “This Court recognises merit in the petitioner’s arguments at first glance. The investigation should have been handled more seriously by the police authorities. Although the security guards’ comments were documented in accordance with Section 161 of the Code of Criminal Procedure, the report does not mention whether efforts were made to find the accused. The identify of the criminals may have been determined from the security officers’ images.”

The court subsequently ordered the Ranaghat Police District Superintendent of Police (SP) to oversee the inquiry going forward and to take the necessary actions in this regard. Furthermore, it noticed, “It must be kept in mind that society must safeguard animals from brutality. It is a basic responsibility. This is not a situation where the local government has to get rid of the animal to maintain cleanliness, etc.”

The Court once more expressed dismay that unidentified individuals broke into the court grounds and removed the animal without any opposition. It was noted that the Court complex’s security is also a concern that has to be investigated. The police were instructed to maintain a rigorous vigil in order to prevent such situations from happening again in the future.