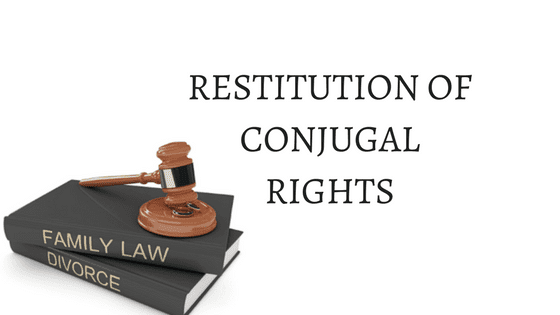 This particular decision is upheld by the High Court of Gujarat through the Division Bench of JUSTICE J.B. PARDIWALA AND JUSTICE NIRAL R. MEHTA in the case of Jinnat Fatma Vajirbhai Ami v. Nishat Alimdbhai Polra ( R/First Appeal No. 2202 of 2021).

The present appeal was filed under Section 19 of the Family Courts Act, 1984 by the original defendant-wife questioning the legality and validity of the order passed by the Family Court on suit instituted by respondent-husband for restitution of conjugal rights whereby the family court allowed the suit instituted by the husband directed the appellant-wife to go back to her matrimonial home and perform her marital obligations.

Respondent-husband’s case was that his wife left matrimonial home along with their minor son without any lawful ground and further even without informing anyone. All the efforts to bring back the wife failed and further the husband issued a legal notice to his wife, but the wife failed to respond.

Further, the Family Court stated that the wife was a working lady and was not able to cope up with her household responsibilities, she thought fit to walk out of her matrimonial home on a lame excuse of being harassed by her husband and the other family members of husband.

Wife’s case was that she was being pressurized to migrate and settle in Australia considering that the appellant was a qualified nurse, and she may be able to secure a good job there. The appellant was dead against such idea of her husband and her in-laws and outright declined to leave her job at Palanpur and prepare herself to go to Australia.

The above stated was the cause of matrimonial disputes.

High Court observed that Family Court owes a duty to read something in between the lines so as to try to understand the root cause of the discord between the parties rather than going by the strict rules of evidence.

Bench opined that the present matter is not the one in which it could be said that the wife left her matrimonial home along with her minor child with the intention to desert the husband.

Court also stated that, the decision in a suit for the restitution of conjugal rights does not entirely depend upon the right of the husband.

High Court while concluding held that it should interfere with the impugned decision passed by the Family Court, hence the present appeal succeeded and the Family Suit instituted by the husband for restitution of conjugal rights invoking Section 282 of the Muhammadan Law was dismissed.