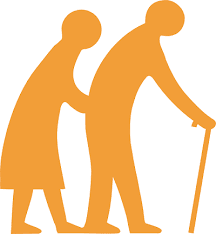 This particular decision is upheld by the High Court of Gujarat through the learned bench led by HONOURABLE MR. JUSTICE ASHOKKUMAR C. JOSHI in the case of Jagdeepbhai Chandulal Patel v. Reshma Ruchin Patel (R/Special Application No. 11129 of 2021).

The Court after considering material on record believed this case was more in regard to the applicability of the Maintenance and Welfare of Parents and Senior Citizens Act, 2007 vis-a-vis the Protection of Women from Domestic Violence Act, 2005 and inter se overriding effect thereof.

The Supreme Court in Shalini Shyam Shetty v. Rajendra Shankar Patil, has considered in detail the Scope of interference by this Court that, Article 227 can be invoked by the High Court Suo motu as a custodian of justice. Further explaining that in exercise of its power of superintendence, High Court cannot interfere to correct mere errors of law or fact or just because another view than the one taken by the tribunals or Courts subordinate to it, is a possible view.

In answering as to whether which enactment would prevail the High Court relied on the judgment of the Supreme Court in S. Vanitha v. Deputy Commissioner, Bengaluru Urban District, where an identical issue was before them. The ratio decidendi was

“The right of a woman to secure a residence order in respect of a shared household cannot be defeated by the simple expedient of securing an order of eviction by adopting the summary procedure under the Senior Citizens Act 2007.”

The law protecting the interest of senior citizens is intended to ensure that they are not left destitute, or at the mercy of their children or relatives. Equally, the purpose of the PWDV Act 2005 cannot be ignored by a sleight of statutory interpretation. Both sets of legislation have to be harmoniously construed.

Elaborating definitions of “Children” and “Parent” Court observed a bare reading of the provisions of Section 4 and 5 of the Act of 2007, revealed that a senior citizen including parent who is unable to maintain himself, shall be entitled to make an application under Section 5 to the Tribunal as constituted by the State Government under the provisions of Section 7 of the Act of 2007. In the case on hand, it was nobody’s case that any such application has been preferred by the petitioner and/or is pending before any Tribunal.

After observations and discussions the Court found that the Family Court had committed no error which required interference thus dismissed the petition.