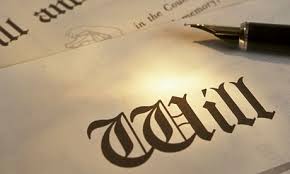 This particular decision is upheld by the High Court of Gujarat through the learned bench led by HONOURABLE MR. JUSTICE A.P. THAKER in the case of Mahant Suryaprakash Ranchhoddas v. State of Gujarat (R/Special Civil Application No. 5308 of 1999).

Second Class Magistrate Baroda held that Ranchhodas was shishya and heir of Guru Atmaram. However, the then District Magistrate set aside the order and held that Guru Ranchoddas had failed to prove that he was shishya of Guru Atmaram. Against that the petitioner had filed Civil Suit which came to be finally disposed of by the Supreme Court in appeal filed by Guru Ranchoddas with a finding that he has failed to prove that he was appointed as chela or shishya by Guru Atmaram. In the year 1968, during the pendency of the suit, one Vitthaldas Patel had applied for registration of the said Ramji Mandir as public trust. Assistant Charity Commissioner in this respect held that the properties of the Mahant were of his ownership and were not any properties of any trust. The said decisions had become final as there has not been any further proceedings undertaken under the Bombay Public Trust Act, 1950.

Thereafter, Guru Ranchoddas under his Will appointed the deceased petitioner no.1 as his

Chela or heir. The Government of Gujarat took a decision to handover the property to the deceased petitioner no.1 immovable properties and cash of Ramji Mandir under temporary custody of Mamlatdar Vadodara.

Next government had stayed the proceedings and intimated the Collector to keep inabayance of the order and granting the properties in favour of the deceased petitioner. Upon considering the averments made in the affidavit in reply it clearly appears that at no point of time any opportunity was given to the petitioner. It is tried law that any order affecting any legal rights of any person, an opportunity of being heard needs to be granted especially when there is one order passed in his favour in respect of moveable or immovable property and the same order has partly implemented. Therefore, it is immediate requirement of principles of natural law and before passing any adverse orders such persons needs to be granted appropriate opportunity of being heard.

The Respondents were directed to give appropriate opportunity to the petitioners of being heard for cancellation of the order of granting moveable and immovable property in favour of deceased petitioner 1.