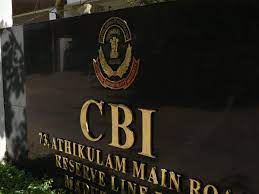 In an order dated June 8, 2022, the Calcutta High Court recommended that the CBI issue a new circular authorizing the Additional Solicitor General (ASG) and the Public Prosecutor to advise the Director of Prosecution on filing appeals opposing court orders in order to reduce delay.

In the case of Central Bureau of Investigation v. Ms. S.R. Ramamani & Ors (Special Case No. 04/99), a single judge bench presided over by Honourable Justice Bibek Chaudhuri expressed displeasure at the agency for filing appeals after the passing of the statute of limitations. The Court had noted that the CBI officers were not following the CBI manual’s detailed instructions to prevent delays and ensure that appeals and revisions were filed within the allotted time.

As a result, the Court had stated that it could not decide the matter without speaking with the CBI Director, and so it requested his virtual presence.

The Court has previously expressed its concerns regarding the CBI’s prolonged appeal preference process. The Court refused to grant the CBI relief under Section 5 of the Limitation Act in an order dated March 23, 2022, noting that the government agency is not a privileged litigant and that no justification has been provided for why the heads of the CBI’s various offices took such an unusually long time to release the case record for the purpose of filing the appeal.

When CBI Director-General S K Jaiswal participated in the hearing virtually, Justice Chaudhuri reiterated his proposal. The judge claimed that excessive delays occur in every case in which the CBI files an appeal and warned that, if the court granted all of the agency’s requests for delay forgiveness, it might cause the average litigant to believe that the agency is exempt from liability.

In a statement to the CBI-Director General and ASG S. V. Raju, the Court noted that the CBI almost always files a request for special leave to appeal under Section 378(4) of the CrPC after a year or more from the date the Trial Court delivered its judgment.

The ASG responded by stating that the CBI’s Circular No. 10/2020, dated March 4, 2020, established deadlines for the appeals process and that any violations would result in disciplinary action. The ASG claimed that in accordance with the circular, it takes approximately 26 days to receive the Director of CBI’s final recommendation regarding whether or not the CBI should appeal an order of acquittal.

The conducting prosecutor shall apply for a certified copy of the judgment after delivery of the judgment by the Trial Court on the same day or the following day of the judgment’s proclamation, according to the learned Assistant Solicitor General, citing the various clauses of the aforementioned circular and specifically “specified timelines for submission”. The conducting prosecutor is required to deliver an uncertified copy of the judgment along with his comments to the branch office while still awaiting delivery of the certified copy of the judgment. Following that, the Heads of the Branch/Deputy Inspector General of Police shall provide his comments to the Heads of Zones within seven days, and the Head of Zone/Joint Director shall provide his comments to the Additional Director/Director of Prosecution within seven days. After that, the comments may be completed by the Director of Prosecution in five business days. The Court noted in the order that “therefore, according to learned Assistant Solicitor General as per the circular, it takes about 26 days to get the final opinion of the Director of CBI as to whether or not the CBI should file an appeal against an order of acquittal.

A circular with the date March 4, 2020 was maintained only in papers, according to Justice Chaudhuri, and was not actually put into effect. Reiterating the suggestion to consult the ASG and the Public Prosecutor before filing an appeal to contest a court order, the Court noted,

” According to this Court’s experience, the circular dated March 4, 2020 is only kept on paper. It is not being adhered to, and the CBI has continued to appeal the order of acquittal following the expiration of the statute of limitations. Then, this Court reiterates its request that the CBI take into account it when developing a new administrative circular to the effect that, in response to an order of acquittal, the zonal obtain the public prosecutor’s comments, and the learned assistant solicitor general sends those comments directly to the director of prosecution for his consideration. Within seven days of receiving the learned Assistant Solicitor General’s opinion for the relevant High Courts, the Director of Prosecutions shall consider it and ultimately decide whether to file an appeal or not.”

On April 6, the court had proposed an amendment to clause 21.9 of the CBI (Crime Manual, 2022) by the CBI in its administrative authority, allowing the ASG to the High Court to give his opinion on whether an appeal should be filed against a judgment and order of acquittal or for enhancement of sentence. Based on the ASG’s opinion, the zonal office may be allowed to file a memorandum of appeal within the statute of limitations.