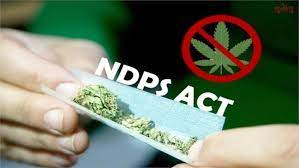 This particular decision is upheld by the High Court of Andhra Pradesh through the learned bench led by HONOURABLE MR. JUSTICE M. SATYANARAYANA MURTHY in the case of Chipurupalli Dali Naidu v. State of Andhra Pradesh (CRIMINAL PETITION NO.3860 OF 2020).

The present petition was filed under Section 439 Criminal Procedure Code, 1973 to enlarge the petitioner on bail. The case was registered for the offence under Section 20(b)(c) read with Section 8 (c) of the Narcotics Drugs and Psychotropic Substances Act, 1985.

Petitioner contended that nothing was recovered from him and he was implicated in the commission of offence only for monetary benefit, whereas A1 and A2 were found transporting Ganja in contravention of the NDPS Act, 1985 which constitute an offence punishable under Section 20(b)(c) read with 8(c) of NDPS Act.

It was stated that in case the petitioner was granted bail, there was every possibility of interfering with further investigation in the matter.

Bench stated that unless it will be satisfied with the requirement under Section 37 of the NDPS Act, the petitioner cannot be enlarged on bail as a matter of course in view of the Supreme Court’s decision in State of Kerala v. Rajesh, which relied upon the decisions reported in Satpal Singh vs. State of Punjab, and Union of India v. Ram Samujh, wherein it was held that,

“…The operative part of the said section is in the negative form prescribing the enlargement of bail to any person accused of commission of an offence under the Act, unless twin conditions are satisfied. The first condition is that the prosecution must be given an opportunity to oppose the application; and the second, is that the Court must be satisfied that there are reasonable grounds for believing that he is not guilty of such offence. If either of these two conditions is not satisfied, the ban for granting bail operates.”

Hence in view of the above-stated reasons, and the principle laid down by the Supreme Court, bail was denied to the petitioner.