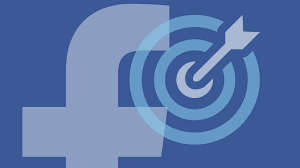 This particular decision is upheld by the High Court of Odisha through the division bench of Justice Sanjeeb Kumar Panigrahi in the case of Satyananda Sahoo v. State of Odisha & Anr (CRLA No. 53 of 2022)

The complaint alleged that one year ago, one Satyananda Sahoo had opened four ‘Facebook accounts’ in her name. In the said Facebook accounts, he had uploaded her obscene photographs and also that of her sisters. Further, it was alleged that he called her from various telephone numbers, used to send messages and intimidated her by saying that if she did not receive his phone call, he would make her photographs viral and kill her. Furthermore, it is alleged that he continuously abused her in obscene languages by naming her caste like ‘Pana’ (a scheduled caste community in Odisha). He also threatened to set her house on fire.

The appellant had earlier approached the High Court seeking release on bail. As it came to his knowledge that charge-sheet was supposed to be filed, he withdrew the bail appeal and on the same day, filed a petition before the Special Court under Section 167(2) of the Cr.P.C. seeking for release on default bail in absence of filing of charge-sheet within a period of 120 days from the date of his detention in custody.

It appears from the order dated 20.01.2022 passed by the learned Presiding Officer, Special Court under the S.C. & S.T. (PoA) Act, Cuttack that the statutory period of 120 days expired on 03.01.2022 on which date the appellant had filed the petition under Section 167(2) of the Cr.P.C. But on the said date, the appellant failed to satisfy the court below by filing the order of this Court that his appeal had been withdrawn. Due to his inability of filing of the order of this Court, the court below held that such petition filed by the appellant did not protect the indefeasible right accrued on the UTP-appellant.

The Court also stated that So far as the prayer of the appellant for release on bail is concerned, taking into account the nature and gravity of the accusation, character of evidence appearing against the appellant, the stringent punishment provided and that there are no reasonable grounds for believing that the appellant is not guilty of the offences alleged or not likely to commit any such offences, which is not possible to record in this case, the prayer for bail is devoid of merit.