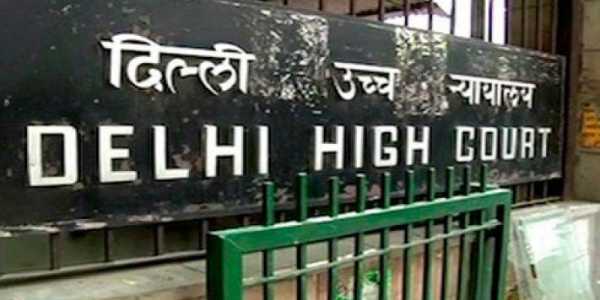 FIR of petitioner alleging rape charges against her father-in-law was quashed by the High Court of Delhi through the learned bench led by HONOURABLE MS. JUSTICE SWARANA KANTA SHARMA in the case of Arshad Ahmad & Ors v. State of NCT of Delhi (Criminal Writ Petition Case No. 1185 of 2022 & Criminal Miscellaneous Application Case No. 10056 of 2022)

FACTS OF THE CASE: Brief facts of the case are as follows; A petition was filed for quashing an FIR registered under Sections 376/377/498-A of the IPC. The charge sheet had been filed under Section 376 of the IPC, but, in her statement given under Section 164 of the Code of Criminal Procedure (CrPC), the complainant stated that her father-in-law had made only a rape attempt. The complainant told the Court that she had entered into a compromise out of her own free will and had no objection to quashing the FIR.

JUDGEMENT: After reviewing the submissions of both the sides, the Court observed that the practice of registering cases under Sections 376 (rape), 354 (assaulting a woman) and 498A (husband or relative of husband of a woman subjecting her to cruelty) of the Indian Penal Code (IPC), which are later brought to Court for quashing, needs to be curbed. The Court quashed a First Information Report (FIR) registered by the woman against her father-in-law after finding that the parties had reached a compromise. “The fact that nowadays Sections 376 and 354 of IPC are being used along with Section 498-A IPC, which later are compromised and are brought to the court for quashing, needs to be curbed,” read the Court’s order.

The Court said that cases under Section 376 IPC should not be quashed in ordinary circumstances and should be viewed as crimes against society at large. However, in the peculiar circumstances of the matrimonial dispute case, where the woman said that her future depends on the quashing of the FIR and that rape was not committed upon her, it will be in the interest of justice that if the FIR in its entirety is quashed, the Court ruled. While noting that the complainant had received a demand draft of ₹10 lakh towards the compromise, the Court saw it fit to quash the case, convinced that doing so would ensure a better future for all the parties. Because of the “overall facts and circumstances of the case. The Court appreciated the stand taken by the complainant and stated, “The complainant is a young lady who is looking for a bright future for herself, which depends on quashing of the present FIR according to a settlement which she states before this Court, she has entered out of her free will and without coercion, pressure or threat. She also stated that it was a family dispute, and she no longer wants the same to be tried in any Court of law.” The Court said that any case coming to an end was a welcome step as it decreased the pendency of the courts.