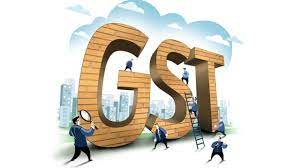 This particular decision is upheld by the High Court of Andhra Pradesh through the learned division Bench of JOYMALYA BAGCHI and K. SURESH REDDY in the case of Bharathi Cement Corporation (P) Ltd. v. Additional Commissioner of Centra Tax (WP No. 2 of 2021).

In the instant case, the petitioner is Bharathi Cement Corporation Private Limited and the respondent is Additional Commissioner of Central Tax. Petitioner was in the business of manufacturing ‘cement and clinker’ falling under the Central Excise Tariff Act, 1985. During the period from 2014 to June 2017, the petitioner made sales to customers on ‘for destination basis’ from its factory and depots.

Further, it was stated that, petitioner availed credit on the services of GTA and C&F Agents used for outward transportation of goods from factory to customers’ premises for the said period.Respondent had issued a show-cause notice proposing recovery of irregularity availed Cenvat Credit of Service Tax along with interest and penalty on the ground that petitioner is not entitled to avail Cenvat Credit of service tax paid on GTA and C&F Agency Services for outward transportation of goods.In order to resolve and settle pending cases under various laws including Central Excise Act, which were subsumed in the GST regime, the Government floated ‘Sabka Vishwas (Legacy Dispute Resolution) Scheme, 2019.

As the petitioner was issued show-cause notice proposing to recover irregularly availed Cenvat Credit and did not fall within the exceptions provided under Section 125, he was eligible to avail the said Scheme and, in fact, did so by making a declaration in electronic form under Section 125 of the Finance Act. Instead of issuing a discharge certificate as per Section 127 (8) respondent had issued the impugned letter refusing to issue the same on the ground that the petitioner had illegally sought transitional credit of the disputed Cenvat credit under GST Act.

Bench opined that once the declarant had made the payment of the estimated amount as per the statement in the form of SVLDRS-3 within the stipulated time, it was beyond the jurisdiction of the respondents to proceed with adjudication of the show-cause notice issued under the Central Excise Act.

Whether availing of Scheme would attach legitimacy to the Cenvat credit on GTA and C&F Agency services to the tune of Rs 17,34,56,893/- and the same would be eligible for the purpose of transition under Section 140 of the GST Act.

The impugned show cause notice with regard to availing of transitional credit under Section 140 of the GST Act in respect of the Cenvat Credit cannot be said to be without jurisdiction.

Court decided not to interfere with the show cause notice and leave it open to the adjudicating authority to take an appropriate decision.

Bench also observed that nothing in the scheme empowers the respondent to refuse issuance of the discharge certificate of the basis of any subsequent event apart from the fact of discovery of false statement relating to any material particular in declaration.

Availing of transitional credit by the petitioner under the GST Act on the Cenvat credit for GTA and C&F Agency services under the Central Excise Act is a subsequent and separate transaction from the declaration made by him under the Scheme and the adjudication of such claim cannot be said to be barred in law or without jurisdiction.

In view of the above, miscellaneous applications were dismissed.