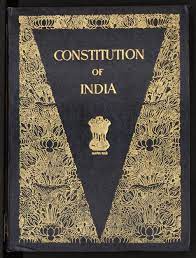 The principle that swearing allegiance is made a pre-condition to granting bail to alleged terrorist or revolutionary suspects was upheld by the High Court of Madras through the learned bench led by HONOURABLE MR. JUSTICE in the case of Suresh Rajan v. The State (Criminal Appeal Case No. 157 of 2022)

FACTS OF THE CASE: Brief facts of the case are as follows; One Vivek had a Facebook account entitled “Thozhar Vivek”. On15th August, Independence Day, he posted a message on his Facebook account in Tamil, the free English translation of which reads: “The change of regime that happened in 1947 is a sham because it has not got rid of feudalism, imperialism and exploitation of the poor and therefore, August 15th is a farce independence. In order to gain real independence, let us mobilise in the path of war shown by Naxalbari.” Vivek opened the Facebook account using a sim card belonging to Suresh Rajan. After that, he accessed his said Facebook account with a Mohan’s mobile phone and sim card and uploaded the impugned post to his Facebook account. Even

According to the N.I.A., two days after the arrest of Vivek, Suresh Rajan had deleted the Facebook account entitled “Thozhar Vivek” by using his mobile. The Special Court granted Vivek bail on the ground that the charge sheet was not filed within 90 days of his arrest. The N.I.A. had not chosen to arrest Mohan because, according to them, he is physically challenged. Thus, when both Vivek and Mohan are not in incarceration, the court viewed that no purpose would be served by keeping Suresh Rajan alone in custody any further. However, in the counter affidavit, the N.I.A. stated that Suresh is an active member of the C.P.I. (Maoist), a banned organisation and therefore, he would continue to involve himself in subversive activities if released on bail. If Suresh continues to subscribe to the C.P.I. (M) philosophy, then there is no point in releasing him on bail because C.P.I. (M) is a banned organisation under the U.A.P. Act, and it exhorts its members to take to violence for achieving its political agenda. In the words of the Court, they believe in the bullet and not in the ballot. The counsel for the appellant submitted that Suresh is neither a sympathiser nor a member of the C.P.I. (M) group and that he has faith in the Indian Constitution

JUDGEMENT: After reviewing the submissions of both sides, the Court allowed bail to Suresh Rajan on the following conditions.

He should file an affidavit in Tamil affixing his thumb impression and sign stating that he owes faith and allegiance to the Constitution of India and that he does not believe in the Maoist ideology or the ideology of C.P.I. (M), that he does not believe in violence as an ideology. He would do nothing to subvert the Constitution of India. On satisfying the above conditions, he would be granted bail after executing a bond of Rs. 25000 with two sureties for a like sum. The sureties were declared to be Suresh’s blood relatives. Thus, his bail application was allowed subject to fulfilling the necessary conditions