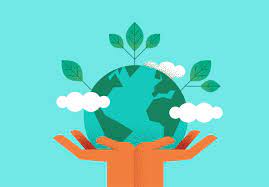 The status of Mother Nature as a legal person with all the rights, duties & liabilities of a living being was upheld by the High Court of Madras through the learned bench led by HONOURABLE MS. JUSTICE S. SRIMATHY in the case of A Periyakaruppan v The Principal Secretary & Anr (Writ Petition (Mandamus) Case No. 18636 of 2013)and connected petitions(Writ Petition(Mandamus) Case No. 3070 of 2020 & Writ Miscellaneous Petition. (Mandamus)No.2614 of 2020)

FACTS OF THE CASE: Brief facts of the case are as follows; The petitioner, A Periyakaruppan, had served in the Revenue Department for the past 35 years. The petitioner attained superannuation in 2006 and was not allowed to retire but was placed under suspension because of the pendency of the disciplinary proceedings. The Government imposed the punishment of compulsory retirement for the proven charges of 1/3rd of the eligible pension, and the retirement gratuity was reduced as a penalty. The petitioner contends that this harsh punishment was imposed for merely carrying out the orders of the then Madurai Assistant Settlement Officer (ASO) to grant patta on the land in question, in turn, based on the orders of the Chennai Director of Survey and Settlement (DSS) treating the land in question as Ryoti. The petitioner’s grievance was that his superior officers had been left scot-free, but the petitioner, who merely carried out their orders, alone was punished. Subsequently the patta granted was cancelled. Therefore, there was no monetary loss. In such circumstances, the punishment imposed on the petitioner was extremely harsh, and the petitioner prayed to quash the impugned order of punishment.

The respondents contended that when the petitioner was posted as Tahsildar in Andipatti Taluk Office, Theni District, he illegally granted pattas to Government land. The land in question had been classified as “Forest Poramboke Land”, and patta could be granted to any individual. His anti-Government attitude led to a considerable loss for the Government. They also contended that the cases of his superior officers were different to his. Therefore he was not entitled to the same treatment. Thus, the orders passed by the respondents were legally valid, and the respondents did not commit any illegality or irregularity and prayed to dismiss the Writ Petition.

JUDGEMENT: After reviewing the submissions of both sides, the Court supported the respondent’s contention that the petitioner could not claim to treat on par with co-delinquents since there was some difference in each case. Since the question in the land was classified as “Forest Land”, the Court also laid down certain principles. Mother nature ought to be preserved. Indiscriminate destruction or change leads to several complications in ecosystem, ultimately endangering the very existence of the animals, flora and fauna, forests, rivers, lakes, water bodies, mountains, glaciers, air and, of course,,, humans. Strangely the destruction is carried on by few humans. Any such act ought to be checked at all levels.

Therefore, the Court invoking “parens patriae jurisdiction” (parent of the nation jurisdiction), declared “Mother Nature” as a “Living Being”, an artificial person having the status of a legal person, with all corresponding rights, duties and liabilities of a living person, in order to preserve and conserve them. They are also accorded the rights akin to fundamental/legal/constitutional rights for their survival, safety, sustenance, and resurgence to maintain their status and promote their health and well-being. The State Government and the Central Government were directed to protect “Mother Nature” and take appropriate steps to protect Mother Nature in all possible ways. Since the patta was cancelled and monetary loss to the Government was prevented, the punishment was modified to stop increment for six months without cumulative effect, and consequential monetary benefits were to be conferred on the petitioner. This punishment was imposed for the act done against mother nature.