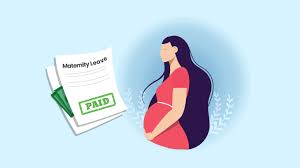 The High Court of Kerala, through learned judge, Justice Raja Vijayaraghavan V held Kerala University of Health Sciences held responsible for denying maternity benefits to employees in the case Naziya B. v. State of Kerala WP(C) NO. 26904 OF 2021

BRIEF FACTS OF THE CASE: The petitioners, while working as Programmers (IT) at the Kerala University of Health Sciences on a Contract basis, were denied Maternity Benefits. Maternity benefits were rejected to them on the ground that female officers appointed on contract for a period of one year or less were not eligible for maternity leave. The petitioners approached the High Court through a Writ petition filed under Article 226 of the Constitution of India for issuing a Writ of mandamus, order or direction as necessary directing the respondents to disburse the maternity benefits due to the petitioners during the maternity leave granted by the respondents.

JUDGEMENT: After hearing contentions from both the parties, relying on the judgement of the apex court in the case of Municipal Corpn. of Delhi v. Female Workers, AIR 2000 SC 1274, the court held that the benefits of maternity leave on full pay as per Rule 100, Part I KSR has to be granted up to a period of 180 days or till the expiry of the existing contract, irrespective of its tenure. The court observed “The employer is to take all steps possible to ensure that they are sympathetic to the cause of the female officer so that she can achieve her potential in the workplace and the time spent by her to deliver and raise her child shall not be detrimental to her career or her prospect”. The court held that the petitioners were entitled to succeed. The impugned orders insofar as it denied maternity benefits to the petitioners were quashed. The court further remarked that there would be no further direction to the respondent to forthwith calculate the maternity benefits to which the petitioners were entitled. The court thereby ordered the respondents to disburse the maternity benefits  expeditiously, within a period of two months from the date of the judgement.