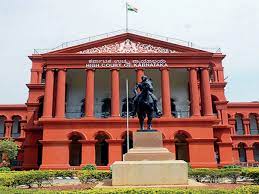 The Karnataka High Court ruled that it is not necessary to file a FIR when a police officer receives information about an impending crime over the phone or in another way. It was clarified that the Section 154 mandate for FIR registration comes into play when a cognizable offence “has been committed.”

In the case of Iqbal Ahmed v C.B.I. SCB (Criminal Revision Petition No.538 of 2014), a single judge bench led by Honourable Justice Sreenivas Harish Kumar said “It is not necessary to file a FIR whenever a police officer receives information about an impending crime over the phone or in another way. Rather, it is the duty of the police officer to take immediate action to prevent the crime from occurring, or if the crime is committed in his presence, to take action in accordance with Section 41 of the Cr.P.C. An FIR may be filed later.”

He was apprehended based on information received by the police that some individuals were involved in the creation of forged and fabricated passports for the purpose of human trafficking and that they were planning to approach employees of the IBM Company, Manyata Tech Park, Bengaluru.

The inspector assembled a team and went to the location, apprehending the suspects and recovering some evidence. During the investigation, one of them made a voluntary statement revealing Iqbal Ahmed’s involvement. When a personal search was conducted on the petitioner, he was arrested. He had a passport with him, and he also made a voluntary statement, which resulted in the recovery of another passport.

The CBI Court’s order of conviction was confirmed by the Sessions Court, against which the petitioner filed the current proceedings.

Senior Advocate Hashmath Pasha referred to the case of Lalita Kumari vs. Government of Uttar Pradesh and Others [(2014) 2 SCC 1] and argued that the investigation was tainted because PW 1 (police officer) received specific information about a crime being committed while at the police station but did not file a FIR before going to the scene.

The court rejected the argument, stating, “The clear ratio laid down is that whenever information reveals commission of a cognizable offence, registration of FIR is mandatory.” The sentence in section 154(1) Cr.P.C. begins, “Every information relating to the commission of a cognizable offence…That means that an offence should have been committed by the time information is given to a police officer.” In this context, Lalita Kumari requires a police officer to file a FIR before beginning an investigation. To eliminate the possibility of embellishments, improvements, and exaggeration of events over time, FIR registration is required.”

“PW1 did not receive any information that an offence had already been committed before he proceeded to take action based on the informant’s message,” it said, adding that “securing panchas before going to spot does not lead to an inference that information was definite.”

Pasha also argued that inculpatory inferences against an accused cannot be drawn unless recovery based on disclosure is legally proven. He claimed that when an independent witness to the seizure panchnama for the recovery of Ex.P5 became hostile, PW1’s evidence was insufficient. He also claimed that PW1 did not say the words marked as Ex.P4, a portion of the confession statement.

The prosecution’s advocate, P Prasanna Kumar, objected to the submission, claiming that while PW8 became hostile, he made a clear admission in cross-examination that he had deposed falsely to help the accused, and that this admission would establish that he was very much present when Ex.P5 was seized.

According to the bench, “If the petitioner did not use Ex.P5, he must explain how it could be stamped by immigration officials from different countries. In this case, section 106 of the Evidence Act can be used correctly. Because there is no explanation, an inference can be drawn under Section 114 of the Evidence Act that the petitioner may have used Ex.P5 to travel to different countries.”

According to the court, “Once a sanction order has been produced and marked, and its validity has not been challenged before the trial court or the appellate court, it cannot be challenged in the revision. A general principle of evidence appreciation is that mere marking is not proof. Section 62 of the Evidence Act defines primary evidence as the document itself. If a document is produced and its execution is contested, the principle “mere marking of a document does not constitute proof” applies. The person who signed a document or its witnesses must be questioned.”

It went on to say that “omission to put a question to accused under section 313 Cr.P.C, unless it is demonstrated that it has resulted in miscarriage of justice or the accused’s interest is substantially prejudiced, cannot be considered a good ground for upsetting the judgment of conviction.”

Pasha also claimed that the investigator violated Article 21 of the Constitution by failing to follow the procedure established by law from the time the FIR was registered until the conclusion of the investigation.