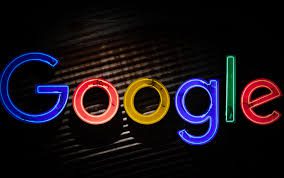 The Karnataka High Court on Wednesday extended an earlier order that barred the Competition Commission of India (CCI) from disclosing confidential information of Google India Pvt Ltd to the complainant Alliance Of Digital India Foundation until the next hearing date.

In the case of Google India Private Limited vs Competition Commission of India (Writ Petition No.: 9399 of 2022), a single judge bench led by Honourable Justice S G Pandit stated, “Whatever order is passed on May 10, to continue until the next date of hearing.”

This is because CCI is currently investigating whether Google uses anti-competitive measures to require developers distributing their apps through the Play Store to use Google Play’s billing system and pay a service fee of 15-30% on the sale of digital goods. According to CCI, the tech giant was found guilty of anti-competitive, unfair, and restrictive trade practices in the mobile operating system and related markets.

The company approached the court after the Commission issued an order on April 18 allowing the confidential information of the company to be shared with the respondent 2.

Senior Advocate Gopal Subramanium and Senior Advocate Sajan Poovayya, appearing on behalf of the company, argued that “the CCI in its order dated 18-04-2022 has permitted divulging of confidential information to the respondent 2, which is contrary to the regulations.”

“Regulation 35 (6) be read and harmoniously interpreted with Regulation 35 (8), which is an overriding provision,” it was added. It was also argued that, in light of the confidential information, whether CCI fulfilled the requirements of 35 (8) by applying its mind and recording its findings in terms of the conditions being met is a matter for this court to decide.

“The undertaking given under regulation 35 (7) by him is a solemn undertaking given which they are bound by and needs to be taken note of,” said advocate Abir Roy, appearing for respondent no 2. Roy even raised the issue of the petition’s viability.

On May 10, the vacation court stated, “Following a brief hearing of the parties, it would be appropriate to ensure that confidential information is not shared with respondent number two and is directed to be subject to further consideration. The Commission should hold off on making any further representations about the same issue by the petitioners.”

“It is further clarified that petitioner is required to adhere to timeliness in relation to proceedings pending before the Competition Commission of India,” it continued.