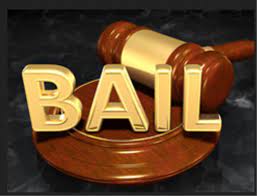 The Karnataka High Court recently granted bail to a physical education teacher accused of misbehaving with a student in the school’s 10th grade and charged under sections 8 and 12 of the Protection of Children from Sexual Offenses Act, 2012.

In the case of N.R. Sugandaraju v. State of Karnataka (Criminal Petition No.2917/2022), a single judge bench led by Honourable Justice H.P. Sandesh granted the petition filed by N.R. Sugandaraju, a 55-year-old man.

The prosecution claims that the accused, a physical education teacher, misbehaved with a student in 10th grade, and that he did the same thing when she was in 8th and 9th grade. When the victim girl was no longer able to tolerate the petitioner’s actions, she filed a complaint with the school’s principal, who then lodged the complaint with the police and filed the case.

The petitioner’s counsel argued that there was a delay in filing the complaint, and that as a result, only a false complaint was filed. It was also stated that the investigation was completed and that the petitioner has been in custody for the past two months, with a maximum sentence of five years for the offense.

The prosecution claimed that the complainant did not file the complaint right away. When the victim girl brought it to the attention of her friends, they advised her to file a complaint with the Principal, which she did, and a 164 statement of the victim was also recorded before the court, in which she reiterated the petitioner’s actions.

The Court stated that because the punishment for the offense is a maximum of five years and the petitioner has been in custody for the past two months, the investigation has already been completed, and a charge-sheet has been filed, there is no need for a custodial trial and the matter must be decided in court.

“As a result, exercising the powers under Section 439 of the Cr.P.C. with conditions is appropriate,” it continued. As a result, the court granted the accused bail on the condition that he execute a personal bond of Rs 2 lakh with two sureties in the same amount. The accused was also subjected to a number of other conditions imposed by the court.