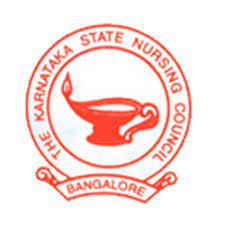 The Karnataka High Court has ordered the state government and the Karnataka State Nursing Council to consider and make a final decision on a proposal submitted by 25 nursing schools seeking to start new GNM courses for the academic year 2021-22.

While allowing the petition filed by JPI Dass School of Nursing and others in the case of J P I Dass School Of Nursing V State Of Karnataka (Writ Petition No.4980 Of 2022), a single judge bench led by Honourable Justice P Krishna Bhat said, “Writ petition is disposed of with a direction to respondents to consider the applications of petitioners filed in the year 2019 as if they were filed for the Academic Year 2021-22 and take a final decision on the same in the manner indicated above, within eight weeks from today, and communicate the decision to the petitioners as soon as possible. Needless to say, the order must include sufficient justifications for granting or refusing approval.”

According to the facts of the case, the schools went to court because their proposals submitted in 2019 were still pending and the authorities had not made a decision.

The petitioners’ lawyer, Advocate Reuben Jacob, argued that the University does not need to obtain no objection from the Indian Nursing Council in order to recognize and approve the School of Nursing. He cited a communication from the Office of the Principal Secretary to Government dated 14.12.2016 addressed to the Registrar, Rajiv Gandhi University of Health Sciences, as evidence.

It is submitted that sometime after the notification was issued, a Local Inspection Committee had visited the petitioner’s institution. However, no final decision on the applications filed by the petitioners has been taken by the respondents even as on date.

In the statement of objections filed on behalf of respondent No.2 the process of examination of applications filed seeking approval for GNM Course has been indicated with reference to the laws clearly stating the authorities who have to take decision at each stage of the decision-making process.

Following that, the court ordered that the petitioners’ pending applications be considered and processed by the respondents within eight weeks, with the decision communicated to the petitioners immediately afterward.