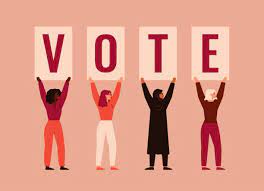 While affirming the constitutional validity of Article 243R (2)(a) of the Constitution, the Karnataka High Court emphasised that nominated members of the Municipal Council do not have the ability to vote at Council meetings.

While dismissing a petition filed by six nominated councillors of the Malur Town Municipal Council in the case of Lakshmikanta and Others v. State of Karnataka (WP 4457/2022), a division bench of Honourable Justice Alok Aradhe and Justice S Vishwajith Shetty said, “The elected members of the Council are chosen by popular vote and carry with them the mandate of the people, whereas nominated members of the Council are appointed as Councillor.

Elected and nominated members cannot be claimed to belong to the same class, and there is no argument that the distinction between elected and nominated members is illogical or arbitrary, or that it lacks any rational basis. The challenge to the legality of Article 243R (2) (a) that it violates Article 14 of the Constitution of India falls in light of the foregoing enunciation of law.”

Section 11(1)(b) of the Karnataka Municipalities Act 1964 was likewise upheld by the court as constitutional.

The petitioners argue that the Karnataka Municipalities (President and Vice President) Election Rules, 1965 (hence referred to as “the Rules” for short) do not exclude nominated members from voting in the Municipality’s President election. It was further argued that the Act’s definition of “councillor” and the text of the Rules enacted under it do not preclude nominated councillors from voting in the election for President.

Respondent’s Senior Counsel S S Naganand argued that petitioners have no right to be elected to the position of President and so have no standing to object to the next steps. Furthermore, the writ petition makes no claim as to what the Constitution’s core structure is or how Article 243-R(2)(a) fits into that framework.

It was also claimed that Article 243-ZF acts as an embargo, prohibiting nominated members from voting. The Act’s Section 11(1)(b) is in accordance with Article 243-R(2)(a) of the Indian Constitution. The right to vote and run for office are constitutional rights rather than fundamental rights. It is further argued that there is a presumption in favour of the provision’s validity, which the petitioner has utterly failed to refute. The nominated members have no power to vote, and the Act recognises either a special general assembly or an ordinary gathering, with the President of the Council being elected at the latter.

The right to vote is a statutory right, according to Additional Government Advocate Mahendra Gowda, and the writ petition cannot be maintained because no fundamental right has been violated. It is also claimed that neither Article 243R (2) nor Section 11(1)(b) of the Act violate the Indian Constitution’s basic framework.

The panel cited Supreme Court decisions in saying, “A provision’s constitutional viability is presumed, and it is up to the individual to plead and prove its unconstitutionality. The party requesting Article 14 protection must make an averment with specifics to support such a plea and must adduce evidence to support its charges, and the burden of proof is on the party to plead and prove that its right under Article 14 has been infringed.”

It stated, “Article 14 can be applied if unequals are treated similarly or equals are treated differently, according to well-established judicial precedent. It is also well established in law that mere differentiation or inequality of treatment does not in and of itself constitute discrimination, and that in order to invoke Article 14, it is necessary to show that the selection or differentiation is unreasonable or arbitrary, and does not rest on any rational basis, taking into account the object that the legislature has in mind when making the law in question.”

It should be noted that nominated and elected members cannot be grouped together. The main distinction is that elected Councillors are elected to the position by a popular vote, whilst nominated members are appointed.

As a result, the challenge to the constitutionality of Article 243R (2) (a) on the grounds that it violates Article 14 of the Indian Constitution fails.

Similarly, the argument that Section 2(6), Section 42(2) of the Act permits the nominated member to vote in the election for President of the Council should be rejected due to the bar set forth in Article 243R(2) and Section 11(1) of the Act. As a result, the petition was dismissed.