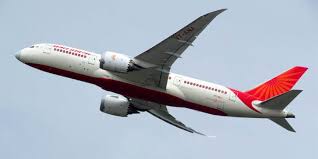 The Karnataka High Court ruled that because Air India Limited is now a private company owned by M/s.Talace Pvt. Ltd., employees’ grievances can only be addressed before the competent authority that can deal with the issue, not under Article 226 of the Indian Constitution.

According to the facts of the case, the petitioner had petitioned the court with a dispute regarding seniority after Air India Limited was privatised and taken over by a private company.

The respondents, which included the Union of India, made a preliminary challenge to the petition’s maintainability. It was claimed that once Air India Limited is privatised and the full shareholdings are disinvested from the Government of India and a Private Company has taken over, the grievances of the Air India Limited employees cannot be redressed directly under this Court’s writ jurisdiction.

Shanthi Bhushan, Assistant Solicitor General, noted in the order that the disinvestment of the Government of India’s shares was 100 percent in favour of M/s.Talace Private Limited.

After that, the court stated, “Air India Limited is clearly now a private company owned by M/s.Talace Pvt. Ltd. Air India Limited, which was once a completely owned government of India enterprise, has changed its status and is now a private limited company. As a result, the petitioner’s grievance in the topic of seniority can only be addressed before the competent entity that can deal with the issue, not under Article 226 of the Indian Constitution.”

“The writ petition is dismissed,” it continued, “giving petitioners the liberty to approach the competent body to rectify their grievance in the subject of seniority.”