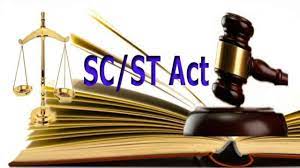 The Karnataka High Court recently quashed criminal proceedings against a 68-year-old woman (Brahmin by birth) who was charged under the Scheduled Caste and Scheduled Tribe (Prevention of Atrocities) Act, 1989 Observing that “she had no criminal intention in the initial stage while obtaining the (caste) certificate and seeking reservation and getting (job) appointment, but she genuinely believed she would get her husband’s caste in view of marrying the person who belongs to SC/ST.”

In the case of Savithri vs State of Karnataka (Criminal petition 8857 of 2018), a single judge bench led by Honourable Justice K Natarajan allowed the petition filed by Savithri and quashed the proceedings pending against her under Sections 198, 196, 199, and 420 of the IPC and Sections 3 (1) (ix) of the Scheduled Caste and Scheduled Tribe (Prevention of Atrocities) Act, 1989

According to the facts of the case, respondent No.2 filed a complaint with the police on 02.04.2018, alleging that the petitioner, who is said to be a Brahmin by birth, married one A. M. Suryanarayana Nayak, who is said to be a member of the ‘Nayak’ caste, which is classified as a Scheduled Tribe, in 1974.

Following her marriage, the petitioner lived with her husband and followed her husband’s caste. She then applied for a caste certificate, claiming Scheduled Tribe as her caste. As a result, she obtained the caste certificate and a job with the Karnataka Public Service Commission (KPSC), where she was appointed as a Second Division Clerk and assigned to the Commercial Tax Department.

Following that, the Caste Verification Committee verified the certificate and annulled it, stating that she cannot claim her husband’s caste because she is Brahmin by birth, according to her SSLC certificate. Following her dismissal from service on April 28, 2012, a complaint was filed against her, which is being challenged.

It was argued that even though the petitioner was a Brahmin by birth, by marrying a member of the ‘Nayak’ community, she followed the husband’s caste, and at the time, the judgment of the Hon’ble Supreme Court of India in N.E.Horo Vs Jahanara Jaipal Sing reported in (1972) 1 SCC 771 was in force, and in the judgment, it was clearly held that after marrying a member of the SC/ST

Later, the Hon’ble Supreme Court in the case of ValsammaPaul’s Vs Cochin University reported in (1996) 3 SCC 545 and she was terminated from the service and also contended that she has no criminal intent to cheat the authorities, but she bona fide believed herself to be the caste of her husband and secured the job.

Counsel for the respondent Directorate of Civil Rights Enforcement (DCRE) had objected to the petition, claiming that the Division Bench of this Court in the case of G.S.Vasantha Lakshmi vs State of Karnataka had categorically held that a Brahmin lady will not obtain her husband’s caste simply by marrying a member of the SC/ST caste and In Valsamma Paul’s case, the Supreme Court stated unequivocally that the wife will not be granted the husband’s status simply by marrying a SC/ST person, and that no reservation is available under Article 16 (4) of the Indian Constitution. As a result, the case must be adjudicated.

The bench noted that in Valsamma Paul’s case, the Supreme Court held that the reservation for a woman under Section 15 (4) of the Indian Constitution is not available if a non-member of the SC/ST community marries a member of the SC/ST community. In the judgment of the Hon’ble Supreme Court in N. E. Horo vs Jahanara Jaipal Sing reported in (1972) 1 SCC 771 dated 02.02.1972, the Hon’ble Apex Court held that a person who does not belong to a tribal community by birth and by marriage, marrying a person from the Munda Tribe Community after due observance of all formalities and after obtaining approval of the tribes’ elders, she becomes the husband’s domicile

According to the court, “The petitioner was born a Brahmin, but she married a member of the ‘Nayak’ community and has children, and she genuinely believed and applied for the caste certificate, which she obtained from the authority, as well as reservation based on her husband’s caste. The Hon’ble Supreme Court’s decision in N.E. Horo’s case was in effect at the time.”

The petition was granted, and the proceedings were halted, according to the Court “Following the development and in light of the Madhuri Patil’s case and other cases and other pronouncements of the Hon’ble Supreme Court, the non-members of the SC/ST people, even if married to a member of the SC/ST, cannot claim the right of reservation. As a result, it cannot be assumed that when she married a Nayak community member in 1974, she did not have any criminal intent to secure the job and defraud any SC/ST or otherwise violate the Special Act.”