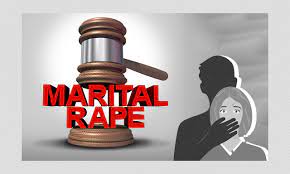 The Karnataka High Court denied a petition filed by a husband seeking to have rape charges dropped against him under Section 376 of the Indian Penal Code dismissed after his wife filed a complaint against him.

In the case of Hrishikesh Sahoo vs State of Karnataka SLP (Crl) 4063 o 2022, a single judge bench of Honourable Justice M Nagaprasanna emphasized that a man who is well acquainted with a woman and performs all the ingredients as found in pre or post amendment to Section 375 can be proceeded against for offences punishable under Section 376, thereby establishing that a man sexually assaulting or

On June 20, 2006, the petitioner-accused marries the complainant-Mrs. Bratati in Bhuvaneshwar. The couple lived in various parts of the country, and at the relevant time, he was working in Bangalore and had a child out of wedlock. After a few years of living together, the complainant wife filed a complaint against the husband due to numerous instances of physical and mental torture to the wife and child. For offenses punishable under Sections 506, 498A, 323, 377 of the Indian Penal Code (‘IPC’ for short) and Section 10 of the Protection of Children from Sexual Offences Act, 2012 (‘POCSO Act’ for short), the complaint becomes a FIR.

The Special Court heard the case against the husband for raping his wife and charged the petitioner with offenses punishable under Sections 376, 498A, and 506 of the IPC, among others. Outraged, the accused husband petitioned the High Court.

Senior Advocate Hashmath Pasha, who represented the accused, argued that a husband was exempt under Section 375 of the IPC.

The learned Assistant Solicitor General, who represents the Union of India as the second respondent, has vehemently refuted these claims, citing several judgments to argue that the plea of challenge to the presumption has been considered and rejected by the Apex Court and this Court in several decisions. As a result, the petitioner would be unable to raise such a defense.

As a result, the Court had to decide whether taking cognizance against the husband for an offense punishable under Section 376 of the IPC was legal.

When the Judge traced the origins of the said Section, he discovered that its exception had its roots in the Code proposed by Macaulay in 1837. It was founded and has remained on the premise of a medieval law contract in which husbands wielded power over their wives, who were treated as chattels.

However, the Court noted that, post-Republic, India has been governed by the Constitution, which treats women as equal to men and views marriage as an equal partnership.

It was also recalled that the need to tinker with Section 375 did not arise until a fateful incident of gang rape occurred in the capital, prompting the formation of a Committee led by Hon. Justice J. S. Verma to suggest amendments to the Code dealing with sexual offences. This Committee recommended that the exception for marital rape be removed, while also emphasizing that a marital or other relationship between the perpetrator and victim is not a valid defense to rape or sexual violation crimes.

The Judge then examined the 2013 amendment to the Section and determined that the amended exception depicting intercourse between a man and his own wife would not be considered ‘rape.’ The post-amendment exception includes the words “sexual acts” by a man as well as “sexual intercourse.” As a result, the exception exempted the husband from sexual intercourse and other sexual acts.

Several provisions of the Constitution, including Articles 14, 15, 16, 21, 23, 39, 243D, and 243T, have been identified as the prism that depicts the constitutional spirit toward the rights of its citizens, whether they are men or women.

It was also mentioned that several other laws were passed after the Constitution with the sole purpose of protecting women and girls. The heart of these enactments is the protection of women and their equal status.

As a result, it was determined that women’s rights, protection, and equality with men exist without exception. As a result, women are truly equal, both factually and legally.

The Judge also stated that, while the Constitution depicts equality, the Code discriminates.

Despite the fact that the voluntary letters written by the wife and their daughter are so heinous that they cannot be reproduced in the order, the judgment has extracted certain heinous details from the complaint that convey the complainant’s misery.

The Court noted that the charge sheet filed by the Police after the investigation depicted graphic details of the accused’s demonic lust.

The Court did not, however, rule on the constitutionality of Exception 2 to Section 375 IPC, which exempts marital rape from punishment. According to the Court, no exemption can be absolute.

“The exemption of the husband on committing such assault/rape, in the peculiar facts and circumstances of this case, cannot be absolute, because no exemption in law can be so absolute that it becomes a license to commit crime against society,” the Court stated.