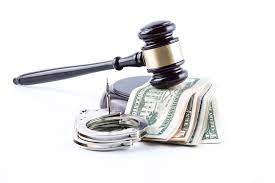 Petitioner is allowed to remit the total amount towards the EPF in ten equal monthly installments commencing from 10.04.2022 as his company is facing financial crisis and he cannot make the total payment at once was upheld by High Court of Kerala though the learned bench led by HONOURABLE MR.JUSTICE MURALI PURUSHOTHAMAN in the case of M/S.FOREST INDUSTRIES (TRAVANCORE) LTD. vs THE ASSISTANT PROVIDENT FUND COMMISSIONER (WP(C) NO. 6574 OF 2022) on 15th March, 2022.

Brief Facts of the case are that the petitioner is a public undertaking under the Government of Kerala. The first respondent has issued Ext.P1 notice under section 7A of the Employees’ Provident Fund and Miscellaneous Provisions Act, 1952 directing the petitioner to remit an amount of Rs.26,46,911/- towards EPF contribution. Since the petitioner defaulted payment of the said amount, proceedings under sections 8B to 8G of the Act was initiated. And the second respondent issued Ext.P2 by which the bank account of the petitioner has been frozen. According to the petitioner, due to the financial crisis faced by the company, it is not in a position to pay the amount covered by Ext.P1, in lumpsum.