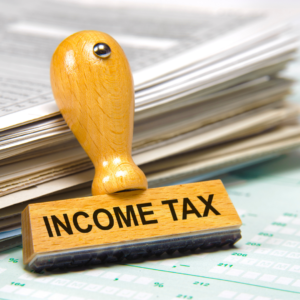 Even if the petitioners claim that the money is accounted for, the Income Tax Department should do a complete enquiry to ascertain all the facts & find out the truth. This was held by the Justice K. Haripal in the matter between G. Mohan & Ors. v State of Kerala in Crl. Mc. No. 6390 of 2021, decided on 15th February, 2022.

The Crl Mcs were filed under Section 482 of CRPC seeking to set aside the order of Judicial First-Class Magistrate in Crl. RPs No. 10/2021 & 11/2021.The accused were found carrying denominations of different amounts, when the coach they were travelling in was inspected. Since the amount was huge & could not give accounts, a complaint was registered incorporating Section 41(1) & 102 of CRPC.

The petitioners claimed that they were the true owners of the property as they are the partners of a partnership firm named M/s Ganga Bullion ho deal in the business of gold & silver bullions & ornaments. They claimed that they, therefore, have proper accounts for the money and claimed for the custody of the same during the interrogation process. The application was dismissed by the magistrate court as well as the sessions court due to which they moved the application to the present court.

The parties have agreed to follow the course of action as suggested as the decision rendered by a single judge in Crl. M.C no. 8195/2017, where in a similar situation, the court had directed the magistrate to entrust the money to Income Tax Department & directed them to complete the proceedings under Section 132 B or 153 A of the Income Tax Act within a period of six months.

The court held that the matter requires a detailed enquiry by the Income Tax authorities. It has to be enquired that why such a huge amount of hard money was being carried even if it is accounted for. The reasons are to be enquired in depth by the authorities. The learned magistrate was, thereby, directed to entrust the money to Income Tax Department and enable them to dispose and hear the claim within the period of one year.