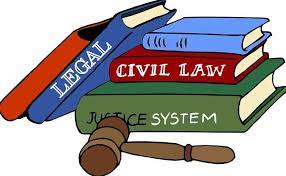 Interpretation of law means to reveal the real meaning of statutory provisions and comprehend the precise meaning of words used in any text. The linguistic meaning of a legal text is called interpretation. The Trial Court had made an error in an observation “issuance of probate does not mean that will is legal and valid.” Hence, the writ petition filed by the plaintiff was approved. S. M. MODAK J pronounced this Judgement on 13.01.2022, which was later modified on 27.01.2022 in BALASAHEB DATTOBA PAWAR DECD THRU LR AND ANR V. LALASAHEB DATTOBA PAWAR AND ORS.

Plaintiff claims that the suit properties belong to a joint Hindu family and are subject to division. Among other things, deceased defendants no. 1 – Balasaheb Dattoba Pawar and no. 2 – Mahesh Balasaheb Pawar have argued that some of the suit properties were self-acquired. In contrast, others were bequeathed by Dattoba Pawar, who left land and structures in Tal. Karad, District Satara, and movable properties to defendant no. 1 – Balasaheb Balasaheb’s father, Said Dattoba, is a testator. There is no copy of the written statement on file. However, we made that determination based on the wordings of issues 4 and 5 framed to that effect by the trial Court on February 15, 2013.

The trial judge was happy to accommodate the motion in part after hearing both parties. The grievance regarding the application of the res-judicata principle was recognized, and issue no. 5A was ordered to be re-casted as follows (para 4 of the order of September 21, 2018): “Whether the principle of resjudicata hits the suit in view of the decision in probate proceedings?” As a result, the grievance about the incorrect description of the property was likewise acknowledged, and issue number nine was issued to that effect. The trial court rejects the rest of the requests. That is why the petitioner applied for the present petition.

After hearing both sides and reviewing the evidence, this Court concludes that the grievance for recasting problems is primarily based on legal principles and less on factual grounds. In paragraph 3 of the contested ruling (page 81), the trial court said, “The issuance of probate does not mean that Will is legal and valid. The question of the legality of the Will will be decided in the suit where same is challenged.” It is worth noting that the probate court dismissed the current plaintiff Lalasaheb’s complaint about the legality of his Will on January 16, 2003.

The learned counsel for the Petitioners is accurate in his assertion that the probate procedures were disputed. When paragraph no. 7 of the ruling granting probate dated 16/01/2003 was read, there was resistance to Dattoba’s authority to execute the Will in respect of ancestral land. On closer examination, the Learned Counsel may see that four witnesses were cross-examined at length on behalf of the petitioner – Balasaheb (on the issue of Will). Even Lalasaheb, the opponent, testified. The probate court had cited reasons for establishing the requirement in paragraph 24 of the abovementioned decree. “I am holding that the testator had no right to execute the will exceeding his rights in the property described in application para 1-C and 1-D.”

Hence the Learned Judge contended that Balasaheb Dattoba Pawar, the deceased defendant No. 1, has already been granted probate by the probate court. It has been verified up to this Court. It has sometimes been construed that probate is binding not only on the participants to the probate procedures but also on the whole world, referred to as judgment in rem. In light of the preceding, the trial court erred in stating that the issue of probate does not imply that the Will is legitimate and valid. This observation is unjustified, and it was made without regard for the law’s interpretation; thus, it must be disregarded.