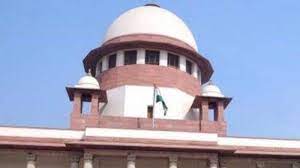 Anyone claiming to be a member of a Scheduled Caste, Scheduled Tribe, or Other Backward Class must present a certificate to the Appointing Authority/Selection Committee/Board, etc., supporting their claim to be eligible for reservation and other benefits. According to the order declared on 08.12.2021, he was invalidated on unreasonable grounds; hence the Petitioner filed a writ petition. The Court approved his petition after reviewing all the documents which proved that he is of the ‘Koli Mahadev’ Scheduled Tribe. S.G.DIGE, J on 20.01.2022, pronounced this Judgment in DURGESH SHASHIDHAR SAWALE V. THE STATE OF MAHARASHTRA AND ANOTHER.

The Learned Judge, after reviewing the arguments contended by both sides, held that based on four ancient documentary evidence of his grandpa from the years 1941, 1948, and 1950, the Petitioner has correctly proved his caste as Koli Mahadev / Mahadev Koli Scheduled Tribe, and these papers must be acknowledged and acted upon. In the vigilance report, there are no negative remarks about the Petitioner. The Scrutiny Committee’s justifications are incorrect. The Scrutiny Committee did not adequately investigate pre-constitutional materials and came to the wrong Judgment. The challenged verdict of respondent no. 2 Scrutiny Committee, which invalidated the Petitioner’s tribal claim, must be overturned and set aside.