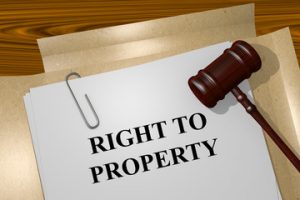 Interim protection ensuring that no demolition work is carried out in  property that need verification of facts to meet ends of justice is upheld by the High Court of Chhattisgarh through the learned bench led by Hon’ble Shri Justice P. Sam Koshy in the case of Sandhya Atram Vs. State Of Chhattisgarh (WP(C) 4997 of 2021)

The issue present in the case is that the respondent authorities, particularly Tehsildar, Antagarh, interference with the possession. On the other hand, state counsel opposing the petition contends that it is only a notice that has been issued as of now, and that the petitioner is free to submit a detailed reply supported by all relevant documents in support of his right to the property, after which respondent will make an appropriate decision in accordance with law, and thus the writ petition is thus premature as of now. The learned counsel of petitioner stated that the threat of demolition has prompted petitioner to rush to the Court, and he requests an appropriate interim protection from the respondents, ensuring that no demolition work is carried out while the respondent finalizes the proceedings related to the property.

Since only a notice dated 09.11.2021 requesting the petitioner to submit his explanation is issued, the Court believes that ends of justice will be served if the writ petition is dismissed, directing the petitioner to approach respondent and submit his reply, if he has not done so already, within a further period of 15 days from the date of receipt of a copy of this order court direct to do same, and respondent to take appropriate action.

Court disposed petition and further ordered that there shall be no coercive measures taken by the respondent on the property over which the petitioner was granted forest rights in 2009 until the respondent takes an appropriate decision, subject to the petitioner’s reply being submitted within 15 days, and the Court has not expressed any opinion on the merits of the case, and thus respondent shall be passing an order purely on its own merits after due verification.