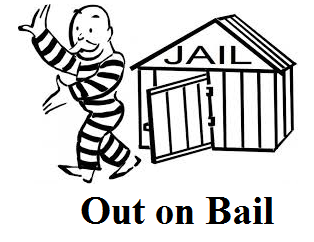 No objection to the grant of bail to the applicant means applicant can be directed to be released on bail is upheld by the High Court of Chhattisgarh through the learned bench led by Hon’ble Shri Justice Goutam Bhaduri in the case of Abhishek Maravi Vs. State Of Chhattisgarh (MCRC 6702 of 2021).

Brief facts of the case are that the victim appeared before this Court on October 6, 2021, through the DLSA Korba help desk, and has not objected to the applicant’s bail being granted. Thus, the application is granted, and the applicant is ordered to be released on bail after posting a personal bond in the amount of Rs.25,000/- with one surety in the same amount to the satisfaction of the trial court. According to the prosecution, on August 15, 2021, the victim, a minor, was exposed to sexual intercourse under the pretense of marriage, and when she became pregnant, the applicant refused to marry her, hence committed offence.

Bail Application is filed under Section 439 of the Code of Criminal Procedure for regular bail to the applicant who was arrested on 17.08.2021 for the offence punishable under Section 376 of the Indian Penal Code and Section 6 of the Protection of Children from Sexual Offenses Act. Given the prosecutrix’s age and the circumstances of the case, including the prosecutrix’s lack of objections before this Court, court is inclined to release the applicant on bail.

As a result, the application is granted, and the applicant is ordered to be released on bail upon the execution of a personal bond in the sum of Rs.25,000/- with one surety in the same sum to the satisfaction of the trial Court, with the applicant being required to appear before the trial Court on all dates set by the Court.