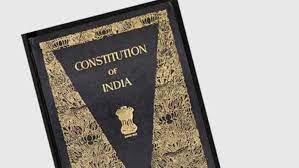 In due deference to the doctrine of separation of powers, the court refrained from issuing any mandamus to the respondents to reserve one Parliamentary Seat each for SCs and STs as was claimed by the petitioners. The aforesaid has been established by the High Court of Jammu and Kashmir while adjudicating the case of Chaman Lal Kanathia and Ors v. UOI and others [OWP No.200/2009] which was adjudicated upon by a single judge bench comprising Justice Sanjeev Kumar on 8th October 2021.

The brief facts of the case are as follows. The petitioners, who claimed to be the members of Schedule Caste and Scheduled Tribe categories sought a mandamus to the respondents to reserve one Parliamentary Seat in the Lok Sabha in the State of Jammu and Kashmir for the Scheduled Castes and one Parliamentary Seat for the Scheduled Tribe categories under Article 330 (1) & (2) read with Article 341 & 342 of the Constitution of India. They also prayed for an order restraining the respondents from conducting Parliamentary elections in the near future. Reliance is placed by learned ASGI on the judgment of the Hon’ble Supreme Court in the case of Megh Raj Kothari v. Delimitation Commission, AIR 1967 SC 669 to contend that the validity of any law relating to the delimitation of constituencies or the allotment of seats to such constituencies, made or purported to be made under Article 327 or Article 328 is not open to challenge in any Court.