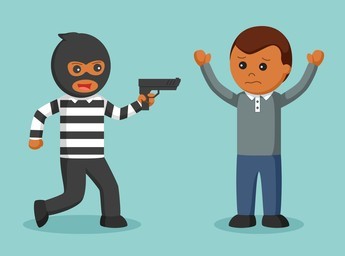 Writ Petition in the form of mandamus was filed by the petitioner in order to release his vehicle which was confiscated in the matter of illegal transportation of liquor. The court heard the matter and passed an order to release the vehicle for a certain period on serving the panchnama with terms and conditions imposed till the time the matter of illicit liquor gets resolved. The Hon’ble High Court of Patna before Justice Mr.  S. Kumar in the matter of Awdhesh Kumar Tiwari v. The State of Bihar[Civil Writ Jurisdiction Case No.15405 of 2021].

The facts of the case were that a writ petition was filed by the petitioner in the nature of mandamus in order to direct and command the concerned respondent to release the Motorcycle that they took into possession as he is the rightful owner of the Vehicle. The Motorcycle was seized from the owner in the matter of Mairwa PS Case No. 201/2019 and was registered under Section 30(a) of Bihar Prohibition and excise Act, 2016. Some unknown thieves had stolen the vehicle for which the petitioner launched the FIR for the offense punishable under Section 379 of the Indian Penal Code and the same vehicle was used for illegal activities by the unknown thieves.

It was further submitted that no illicit liquor was found from the vehicle and the same was seized on suspicion only. Confiscation proceedings were initiated in which the petitioner appeared and showed his cause for dropping the proceeding but no order was passed.

The Hon’ble High Court of Patna directed the officer to release the vehicle of the petitioner after due identification of ownership of vehicle which was stolen and subsequently recovered and later on seized by the police in excise case. The release of the vehicle was allowed for 14 days from the submission date of the required sureties and their undertakings. The petition stood disposed of with said observations and directions.

The Hon’ble High Court of Patna said,”.. the petitioner shall not indulge in creating any third party right or interest in respect of the vehicle during the pendency of the confiscation proceeding and shall not alienate the vehicle during this period.” The court further added,” Prior to release of the vehicle, a Panchanama would be prepared wherein the photograph of the vehicle shall be taken and will be certified by the petitioner and same shall be kept on record so that in future if so required, it may be used as a secondary evidence. The petitioner shall furnish an undertaking not to challenge the said Panchanama.”