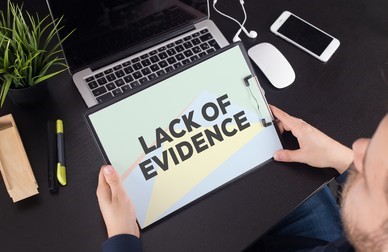 The impugned order dated 20th July 2019, passed by learned Civil Judge (Junior Division), Kalyani, Nadia in T .S. No. 141 of 2014, rejecting the handwriting The application was rejected under  Order XXVI Rule 10A of Code of Civil Procedure, praying for handwriting expert opinion is subject of challenge in this revisional application, this was held in the judgement passed by a single bench judge comprising HON’BLE MS. JUSTICE  SUBHASIS DASGUPTA, in the matter Jiyarul Mondal & Ors. Vs. Ainur Haque & Anr [ CO. No. 1254 of 2021].

Mr Malay Bhattacharyya learned advocate submits before the court that the learned court below had mechanically rejected the prayer for handwriting expert opinion without having understood the true purport of the provisions contained in Order XXVI Rule 10A of C.P.C. Also further states that no possession of proposed land had been handed over in favour of the opposite parties/plaintiffs in any manner whatsoever.

Mr Shyamal Mukherjee, a learned advocate who was representing opposite parties making use of an affidavit in opposition submitted that the learned court below had rightly rejected the application under Order XXVI Rule 10A of C.P.C., praying for handwriting expert opinion. They came to a face where, the prayer for handwriting expert, according to learned advocate for the opposite parties, was unnecessary in the given facts and circumstances of this case, as there could be effective comparing of signature and as well as thumb impression of the vendor of opposite parties appearing in the two deeds produced after resorting to provisions available under Section 73 of Evidence Act.

Also coming to the sale deed dated 12.06.2014, was sought to be declared illegal, baseless, non-operative, void and not binding upon the opposite parties. They mentioned that the opposite parties had their own land property on the southern side of such newly purchased property.

The main issue was that the land which was sold to defendant 4-13 was again sold to the other defendant’s 1to 3, by sale deed dated 12.06.2014, which is under challenge before the learned court below. As against the case made out in the plaint, the specific defence of the petitioners set out in their written statement is that Janab Ali Mondal, never executed the purported deed of 1983 in favour of opposite parties/plaintiffs, and the possession of the same had not been delivered thereby.

The main and important thing which is to be taken into consideration is to address the Court, whether the learned court below had rightly rejected the prayer for handwriting expert opinion or not. Defendants were called upon to adduce their respective evidence, Because plaintiffs said that filing of an application for handwriting expert opinion was purposive, simply to drag the proceedings by any means with mala fide intention. And also the document doing the necessary cross-examination for the purpose, soliciting any opinion from handwriting expert in the given facts and circumstances of this case would be an unnecessary exercise having no sanction of law.

The genuineness and the veracity of the deed being No. 779 of 1983, said to be executed. by Janab Ali Mondal is under challenge, which would be evident from the written statement filed by the petitioners. Order XXVI Rule 10A C.P .C. Section 73 of the Indian Evidence Act of 1872, Permits the court to compare signature/handwriting of vendor of opposite parties/plaintiffs appearing in the deeds produced. The expert opinion under Order XXVI Rule 10AC.P .C. is set aside. The revisional application succeeds.

The court perused the facts and argument’s presented, it believed that – Both the parties to this case were accordingly directed to co-operate with the learned court below in the matter of proposed handwriting expert opinion, so that no unnecessary delay is caused to the ultimate disposal of this case, even after obtaining handwriting expert opinion. Petitioners were further directed to make communication of this order to the learned court below. Urgent certified copy of this order and judgment, if applied for, be given to the appearing parties as expeditiously as possible upon compliance with all necessary formalities.