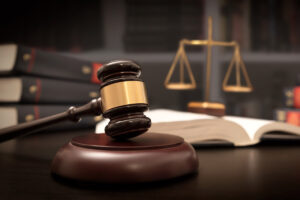 It is a factual analysis that if a person, when ordered to vacate a possession, as a result does not vacate the same, there arises no point in demanding relief from the court. In the recent matter of Sushil Dutt v. Estate Officer/ AOC & Anr. [CM (M) 446/2021], before the Hon’ble Delhi High Court the above was held. The said matter was heard on September 7th 2021 before a single judge bench presided by Justice Sanjeev Sachdeva.

The facts of the above case are as follows. Petitioner was appointed as an LDC in 1998 under the indigent circumstances on compassionate ground by the Air Officer In-Charge Personal (AOP), who holds the rank of an Air Marshal. A case under the Prevention of Corruption Act was registered and the petitioner was convicted and sentenced to undergo five years rigorous imprisonment. However, the petitioner denied allegations of corruption instituted against him. Further, he was convicted and was dismissed through the operation of Rule 14 read with Rule 19(i) of the Central Civil Services (Classification, Control and Appeal) Rules 1965.

In the light of the above, the petitioners were requested to vacate their quarter which was given to the petitioner in the virtue of their post in the Air Force. After the conviction, Proceedings were also instituted under Public Premises Act. On getting the order from the lower coirt, the petitioners filed the case in the Delhi High Court.