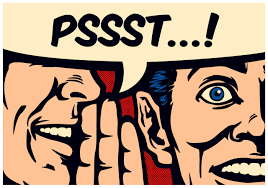 Any material that could be potentially defamatory, cannot be shared or forwarded carelessly especially in this modern day and age of internet. This was held in the judgment passed by a two-bench judge comprising JUSTICES HON’BLE MR. JUSTICE MANMOHAN and HON’BLE MR. JUSTICE NAVIN CHAWLA, in the matter SH AMRENDRA KUMAR V. UNION OF INDIA AND ORS, dealt with an issue where the petitioner filed a petition against the respondent challenging the several orders, the enquiry officer’s report, brief submitted by the Presiding Officer and charge sheet dated 10th October, 2017. Petitioner also seeks a direction to the Respondents to reinstate the Petitioner with all consequential benefits.

She states that a perusal of the conversation between the Petitioner and the DIG (Operations) CRPF, Jagdalpur will clearly show that it was in fact DIG (Operations) CRPF, Jagdalpur who had asked the Petitioner to further investigate the issue and find out as to where the photograph was clicked and on what date. She submits that the punishment of compulsory retirement is clearly disproportionate to the facts and circumstances of the present case.

Though the photographs in question could not be uploaded as the signal available was not of adequate strength, yet it was only after the said message had been forwarded to two hundred staff members of the CRPF that it was shared by the petitioner with the DIG (Operations) CRPF, Jagdalpur. Consequently, the petitioner’s primary contention that he had shared the message with the superior authorities with the intent of informing them rather than with the intent of defaming AC Nandlal Meena is contrary to facts.

After hearing both the parties The hon’ble Delhi High court dismissed the petition and held that this Court is of the view that the petitioner with intent of lowering the name, image and reputation of AC Nandlal Meena, without any verification and without asking the authorities prior in time to investigate the authenticity of the same, had circulated the WhatsApp message to about two hundred CRPF staff members.