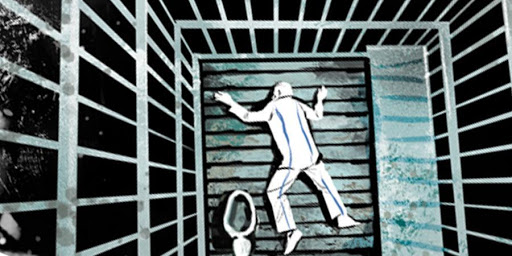 Custodial death is defined as the death of a person due to any form of torture or cruel, inhuman or degrading treatment by the police officers, whether it occurs during investigation, interrogation or otherwise. It is perhaps one of the worst crimes in a civilized society governed by the rule of law. In context of the case no. 28763 of 2021 Sher Ali vs. State of U.P. The judgment was passed by Hon’ble Samit Gopal, J.

The facts of the case are as follows The prosecution case as per the First Information Report registered by Sanjay Kumar Gupta the son of the deceased Gokrakhnath @ Om Prakash Gupta against Shankhdhar Dwivedi Sub-Inspector, Sher Ali, Digvijay Pandey, Jagat Singh, R. Rajan, Suresh Prasad Agarwal, Mahesh Chandra Agarwal and one unknown person of Kumar Guest House, Lanka, Varanasi and some other persons on 28.02.1997 at about 04:00 AM  .On 27.02.1997 at about 07:00 PM, one person whose name is not known but can be identified by the first informant and lives in Kumar Guest House, Lanka, Varanasi who if appears can be identified along with Mahesh Chandra Agarwal the brother of a transporter Suresh Prasad Agarwal of Shahdol, Madhya Pradesh came to the house of the first informant and inquired about his father to which he stated that his father will come in the night. On asking about the work the said person replied that he has to place an order for bricks. On 28.02.1997 at about 04:00 AM, the same person of Kumar Guest House came along with Shankhdhar Dwivedi Sub-Inspector, Police Station Kotwali, District Shahdol, Madhya Pradesh and the police personnels of the said Police Station namely Sher Ali (the present applicant), Digvijay Pandey, Jagat Singh along with the transporter of Shahdol Suresh Prasad Agarwal and Mahesh Chandra Agarwal and some unknown persons in three vehicles being a Maruti Van No. M.P. 20A 9700, a Commander Jeep No. M.P.18 2399 and one Trax Jeep having a closed body of white colour to the house of the first informant and shouted Om Prakash Gupta the name of the father of the first informant, called him, on which, father of the first informant came out and then the said persons forcibly caught hold of his father, and while assaulting took him inside the Commander Jeep. The first informant, his brothers Ajay, Vijay, Arvind and his mother Smt. Nirmala Devi inquired about the reason for the same, to which, the persons did not tell them anything and kidnapped his father and also the cleaner of Truck No. URH 8449 Kariya Yadav and also took away the truck. He kept on inquiring about his father and subsequently on 02.03.1997 at about 08:00 AM, a police constable from Police Station Phoolpur came and told him that a wireless message was received from Shahdol that his father has died due to heart attack.  On 03.03.1997 at about 04:00 PM after great persuasion and hectic efforts, the first informant and his companions were allowed to see the dead body of his father. The dead body was in a swollen condition and foul smell was coming from it and there were injury marks at various places. The allegations in this matter are of custodial death of the father of the appellant on 01.03.1997, after his arrest from Varanasi on 28.02.1997. After having gone through the routes of the application under Section 156(3) of the Criminal Procedure Code, 1973; filing of negative final report dated 23.10.1998; filing of protest petition by the appellant; acceptance of the protest petition; and certain miscellaneous applications in the High Court for stay of proceedings, ultimately, the matter was taken up by this Court in Writ Petition (Crl.) No. 8 of 2018.

As indicated herein above, it is difficult to endorse the order impugned, whereby anticipatory bail came to be granted, essentially with generalized observations and without adverting to the relevant considerations and material circumstances of the case. In any case, now when the respondents have surrendered and taken into custody, all the aspects related with the prayer of grant of anticipatory bail are practically rendered redundant. In view of the above, even while we are inclined to allow these appeals and to set aside the impugned orders while rejecting the applications made by the respondents for anticipatory bail, we would leave it open for them to apply for regular bail. If any such prayer is made by them, the same may be considered by the Court concerned in accordance with law, uninfluenced by any observations occurring in this matter in any of the orders pertaining to the plea for anticipatory bail and irrespective of any observation made in these appeals.

In the interest of justice, we also deem it appropriate to observe that if the respondents apply for regular bail, their prayer be given due consideration expeditiously by the Court concerned.

The appeals are disposed of in the above terms: “Custodial violence, custodial torture and custodial deaths have always been a concern for civilized society. Times and again the judicial verdicts of the Apex Court and other Courts have shown their concern and anguish in such matters. The courts must, therefore, deal with such cases in a realistic manner and with the sensitivity which they deserve, otherwise the common man may tend to gradually lose faith in the efficacy of the system of judiciary itself, which if it happen will be a sad day, for anyone to reckon with.Considering the totality of the case in particular, nature of evidence available on record, I am not inclined to release the applicant on bail. The bail application is, accordingly, rejected.”