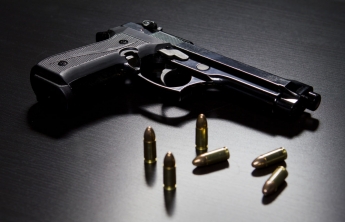 The petitioner was held in custody under Sections 25(1-B) (a) Arms Act, 1959, “acquires, has in his possession or carries any firearm or ammunition in contravention of section 3”, section 26, “Secret contraventions,”, section 35 of the Arms Act, 1959, “Criminal responsibility of persons in occupation of premises in certain cases.” This is in connection with Malahi (Govindganj) PS Case No. 362 of 2018 dated 07.12.2018. The petitioner is attempting bail the second time as it was earlier rejected by an order passed in Cr. Misc. No. 14287 of 2020.

This judgment was given in the high court of Judicature at Patna by honorable Mr. Justice Ahsanuddin Amanullah on the 4th of August 2021 in the case of Sheikh Wajid Hussain @ S.K. Wazid Hussain versus the state of Bihar criminal miscellaneous No.22330 of 2021, Mr. Dilip Kumar Represented as the advocate for the petitioner and Mr. Lakshmi Kant represented the state of Bihar as the additional Public Prosecutor, Mr. Prafull Represented as the advocate for the informant the proceedings of the court were held via video conference.

The Additional Public Prosecutor held that the court has already rejected this plea according to the order passed on the 8th of July 2020 and since there is no new evidence to prove his innocence the accused is accountable in accordance with the law.

The counsel representing the informant held that the petitioner is also a veteran criminal and has two criminal cases against him which are serious in nature under grave sections of the Indian Penal Code and the Arms Act, including 307,302 and 395 of the Indian Penal Code. And according to the other case Malahi (Govindganj) PS Case No. 361 of 2018, the petitioner was the one who shot and killed the son of the informant, and the petitioner was caught in about one hour by the police and upon raid, they recovered the firearms and pistols and live cartridges, the petitioner has used these weapons to injure and harm lives. Regarding bail for the other four family members was because no recovery of firearms was made from them and hence was granted bail.

The court concluded that “Having considered the facts and circumstances of the case and submissions of learned counsel for the parties, the Court is not inclined to reconsider the prayer for bail to the petitioner as no mitigating circumstances have been shown to warrant the same. Accordingly, the petition stands dismissed.”