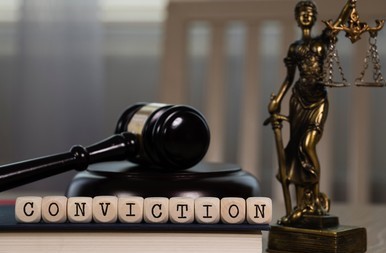 Convictions cannot be overturned when there is cogent and consistent materials on record, to sustain the conviction of the petitioners. This was held in the judgment passed by a single bench judge comprising HON’BLE MRS. JUSTICE ANUBHA RAWAT CHOUDHARY, in the matter Md. Razi, Raushan Bib and others V. State of Jharkhand (Cr. Rev. No. 1087 of 2013), dealt with an issue where the petitioner filed criminal revision petition is directed against the Judgment whereby and whereunder the learned appellate court confirmed the conviction and sentences of the petitioners under Sections 148, 323, 447 and 385 of the Indian Penal Code.

The petitioner’s Senior counsel submitted that the exhibits which were filed by the Complainant regarding the sale deed and title suit are subject matter of second appeal pending before this Court and there is land dispute between the complainant and the present petitioners. Learned Senior counsel further submitted that as per the evidence of P.W.-2, some construction work was going on in the house for which he was brining mud on the spot, but it cannot be said that the complainant was living in the said house. Learned Senior counsel also submitted that the complaint was filed without any appropriate affidavit and which is contrary to the law laid down by the Hon’ble Supreme Court in the case of “Priyanka Srivastava and Another vs. State of Uttar Pradesh and Others”.

The counsel for respondent submitted that the allegation regarding assault has been specifically made by the complainant of the case which has been corroborated by the independent witness P.W.-2. Learned A.P.P. also submitted that merely because there is land dispute, the same does not mean that no criminality is involved in the case. Learned A.P.P. further submitted that there are concurrent findings recorded by the learned courts below which do not call for any interference in revisional jurisdiction.

After hearing both the parties, the Hon’ble Jharkhand High court dismissed the petition as the   Court is of the that pendency of the second appeal, if any, before this Court in connection with the place of occurrence land has no bearing in this case as there is concurrent evidence on record that the complainant was in possession of the place of occurrence land and the petitioners were the aggressors who have committed the aforesaid offence. This Court is of the considered view that merely because there is land dispute between the parties, the conviction of the petitioners cannot be interfered.