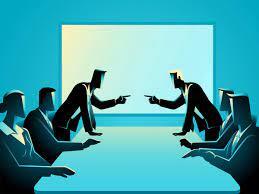 A challenge petition is preferred by the petitioner against the order passed by the Dist.  judge granting the stay to the execution of award. It was submitted by the Petitioner that as per the terms of Sec 36(3) the Principal Dist. Judge had powers to stay the execution of awards provided, such stay is awarded with reasonable reasons in writing. A single-judge bench comprising of Justice M.S. Sonak adjudicating the matter of M/S SCHIFFERAND MENEZES INDIA PRIVATE LIMITED v. M. R. CHENDILNATHAN SOLE PROPRIETOR OF M/S RAJA AGENCY (WRIT PETITION NO.769 OF 2019) dealt with the issue of whether to allow the present writ petition or not.

It was also submitted that the proviso to section 36(3) also provides that while considering an application for grant of stay of an arbitration award for payment of money, the Court must have due regard to the provisions for grant of stay of a money decree under the provisions of Civil Procedure Code. It is also stated that there are no reasons in the impugned order that the stay has been granted subject only to a deposit of 25 percent of the awarded amount. Therefore, it is submitted that the impugned order warrants interference.

The Respondents stated that the order may not be interfered with at this stage, particularly because by now the arbitration application under section 34 can itself be disposed of finally.

According to the Petitioners, the District Judge has merely quoted the provisions of sections 34 and 36 and thereafter disposed of the application for stay by observing the following: – “The applicant herein is called upon to deposit 25% of the amount awarded by the arbitrator within a period of 30 days failing which the applicant shall not be permitted to contest the objections filed under Section 34 of the Arbitration and Conciliation Act, 1996. I, therefore, pass the following order: Application for Stay is allowed. Execution of Award dated 26.10.2008 in Arbitration Case No.11.2008 is hereby stayed. “Therefore, no reasons for staying in the impugned order.

As per the Respondents, the interest of justice will be better met if directions are issued to the Principal District Judge to dispose of Arbitration Petition expeditiously. It is also submitted that this is a better option to follow as otherwise, the matter will have to be remanded to the District Court to reconsider the application for stay and much time will be spent in deciding this application for stay itself. There is bound to be overlapping of arguments. The time spent on deciding the application for stay can as well be spent on disposing of the Arbitration Petition.

The court observed that in the peculiar facts of the present case, and even though, there is merit in the submission of Petitioner the impugned order is not interfered with. Instead, the learned Principal District Judge is directed “to dispose of Arbitration and Conciliation Petition on its own merits and in accord with law as expeditiously as possible and in any case within four months from today. The learned Counsel for the parties assures this Court that they will cooperate with the learned Principal District Judge in disposing of the Arbitration and Conciliation Petition. The Respondents submits that they will not seek any unnecessary adjournment and will cooperate in the disposal of the application under section 34(2) of the Arbitration and Conciliation Act, 1996.” The Dist. Judge dismisses the Respondent’s application under section 34 of the said Act, then, the Principal District Judge to consider requiring the Respondent herein to deposit the balance of the awarded amount within a specified period.