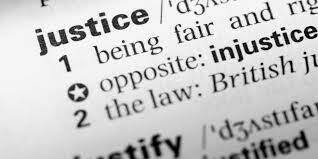 What makes a consideration for a post sufficient or adequate is not stipulated. It is sufficient enough to be considered for the post, contrary to not even considering for the vacancy available. This was held in the judgment passed by a two bench judge comprising HON’BLE THE CHIEF JUSTICE PANKAJ MITHAL and the HON’BLE MR. JUSTICE PUNEET GUPTA, JUDGE, in the matter Rajesh Kumar V. Rehana Batool and another ( CPLPA No. 1 of 2019), dealt with an issue where the petitioner filed for an appeal of the contempt proceedings stating that consideration of the petitioner against available vacancy of Gram Rozgar Sehayak was “bad in law”.

After hearing both the parties, the Hon’ble Jammu High Court held that the contempt petition is consigned to record and the notices issued stand discharged with liberty to the petitioner to avail the other remedies. The submission of the learned counsel for the petitioner is that the aforesaid consideration is bad in law is not sufficient grounds to state there has been contempt in compliance of court order. The fact remains that the consideration, as directed, was accorded to the matter and, therefore, there is sufficient compliance of the same. The court also held that in case the order is bad or illegal, the remedy of the petitioner lies elsewhere. The petition was thereby disposed of by the court.