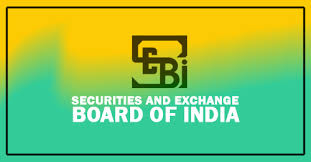 The appellate authority under the RTI (Right to Information) Act of the Securities and Exchange Board of India comprising of Mr. Anand Baiwar adjudicated in the matter of Vignesh Reddy Angadi v CPIO, SEBI, Mumbai (Appeal No. 4327 of 2021) dealt with an issue in connection with Section 2 (f) of the Right to Information Act, 2005.

“An arbitration case NSEHRO/……..ISC/ARB is filed on the transactions carried out by the Kotak Mahindra Bank. FORM1 along with statement letter and annexures completed and signed is attached. Kindly accept the soft copies as hard copies could not be sent across owing to the present pandemic situation and restrictions due to lockdown. Kindly do the needful.”

The respondent, in response to the query said that no information was sought. The appellant has filed the appeal on the ground that the information requested was refused. The appellant, in his appeal, inter alia, sought reason for rejection of appeal in an arbitration case filed by the appellant.

For the queries, the appellate authority, Mr Anand Baiwar, made reference to the matter of Hon’ble CIC, in the matter of Harish Prasad Divedi vs. Bharat Petroleum Corporation Limited (decided on January 28, 2014), an information seeker cannot be allowed to expand the scope of his RTI enquiry at appeal stage.  In view of these observations, the appellate authority found no deficiency in the response.