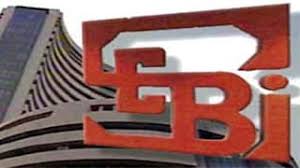 The appellate authority under the RTI (Right to Information) Act of the Securities and Exchange Board of India comprising of Mr. Anand Baiwar adjudicated in the matter of Vignesh Reddy Angadi v CPIO, SEBI, Mumbai (Appeal No. 4325 of 2021) dealt with an issue in connection with Section 2 (f) of the Right to Information Act, 2005.

“The Loan Against Securities is taken from Kotak Mahindra Bank and the documentation is forged and hence a second set is requested. Provide the procedures for Loan transactions as approved by the SEBI. Provide clarification on the Loan approvals and subsequent procedures.”

The respondent, in response to the application, informed that the query is in the nature of seeking clarification/opinion and accordingly, the same cannot be construed as seeking “information”, as defined under section 2(f) of the RTI Act.

The appellant has filed the appeal on the ground that the information provided was incomplete, misleading or false. The appellant, in his appeal, inter alia, alleged that the Kotak securities that have been pledged with Kotak Mahindra bank to obtain a bank loan has been forged. Hence the appellant requested verification of procedure from SEBI.

On consideration, appellate authority agreed with the observation of the respondent that the query is in the nature of seeking clarification/opinion from the respondent. It is understood that the respondent is not supposed to create information; or to interpret information; or to furnish clarification to the appellant under the ambit of the Right to Information Act, 2005. It was found that the said queries cannot be construed as seeking ‘information’ as defined under section 2 (f) of the RTI Act. Consequently, the respondent did not have an obligation to provide such clarification under the RTI Act. In this context, reference is made to the matter of Vineet Pandey vs. CPIO, United India Insurance Company Limited (Judgment dated January 21, 2021), wherein similar observations were made by the Hon’ble CIC. Further, in the matter of Shri Shantaram Walavalkar vs. CPIO, SEBI (Decision dated January 17, 2013), it was noted that the Hon’ble CIC held: “… we would also like to observe that, under the Right to Information (RTI) Act, the citizen has the responsibility to specify the exact information he wants; he is not supposed to seek any opinion or comments or clarifications or interpretations from the CPIO…”. In view of these observations, the appellate authority found no deficiency in the response.