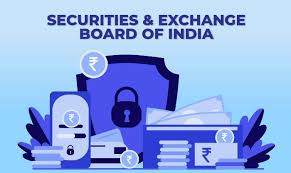 The appellate authority under the RTI (Right to Information) Act of the Securities and Exchange Board of India comprising of Mr. Anand Baiwar adjudicated in the matter of Lakshminarayanan Ramanujam v CPIO, SEBI, Mumbai (Appeal No. 4326 of 2021) dealt with an issue in connection with Section 2 (f) of the Right to Information Act, 2005.

“How much charge a client account is charged, for each sale and purchase of stock exchange listed company share by 1. NSDL 2. CDSL.”

The respondent, in response to the query, provided information regarding the relevant clauses of the Master Circular (reference no. SEBI/HO/MRD2/DDAP/CIRP/P/2021/18 dated February 05, 2021) dealing with Fees / Charges/ Tariff. The respondent also informed that Point Number 1.8.6 of the said Master Circular mentions about the dissemination of tariff/charge structure of DPs on the website of the depositories. The respondent also provided the link for accessing the Master Circular on the SEBI website. The appellant was also advised to access the websites of NSDL and CDSL for specific information as sought in the query.

The appellant has filed the appeal on the ground that the information provided was incomplete, misleading or false. The appellant, in his appeal, inter alia, stated that SEBI should provide the charges of NSDL for each equity sale transaction, for clarity.