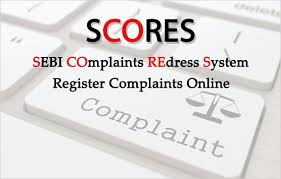 The appellate authority under the RTI (Right to Information) Act of the Securities and Exchange Board of India comprising of Mr. Anand Baiwar adjudicated in the matter of Geeta Khattar v CPIO, SEBI, Mumbai (Appeal No. 4305 of 2021) dealt with an issue in connection with the Right to Information Act, 2005.

The respondent, in response to the query number 1, informed that in IGRP proceedings, complainant is one of the party to the proceedings, appellant is one of the party to the proceedings. Further, as per process, the exchange forwards the IGRP order to the complainant. In the instant cases, IGRP order 26th of September, 2014 has already been forwarded by exchange and SEBI also uploaded the same on SCORES portal. Hence, the appellant was advised to approach the concerned stock exchange for copy of the IGRP order. In response to query number 2, the respondent observed that the information sought is not available with SEBI. In response to query numbers 3 and 4, the respondent informed that copy of IGRP order dated 26th of September, 2014 was uploaded on SCORES, pursuant to complaint lodged by the appellant on the SCORES Portal. The respondent also stated that the appellant may directly approach the exchange for the requisite data pertaining to the exchange.

For the query no. 1, the appellate authority, Mr Anand Baiwar, made reference to the matter of Hon’ble CIC, in the matter of Shri S.P. Goyal vs. Shri Pragati Kumar & Ors. (order dated January 24, 2008), wherein the Hon’ble CIC held that “Further, the obligation of a respondent extends only to providing information which it “holds” or controls in terms of Section 2(f) of the RTI Act. If it can be established through evidence that a party/ applicant himself possesses an information which he has sought from a public authority, such information can be denied to him. This appellant has already been provided the judgement dated 30.3.2007 of the Income Tax Appellate Authority. The information, therefore, is already in appellant’s possession and cannot therefore be said to be “held”-much less “exclusively held”-by the public authority in terms of Section 2(j) of the RTI Act.” In view of these observations, Mr Baiwar was of the view that the respondent is not obliged to provide the information sought by the appellant. Without prejudice to the same, he noted that the respondent has guided the appellant to approach the concerned stock exchange. Accordingly, the query no. 1 of the application is adequately addressed and therefore, no deficiency is found in the response.

For the query no. 2, the appellate authority, Mr Anand Baiwar, made reference to the matter of Hon’ble CIC, in the matter of Sh. Pattipati Rama Murthy vs. CPIO, SEBI (Decision dated July 8, 2013), held: “… if it (SEBI) does not have any such information in its possession, the CPIO cannot obviously invent one for the benefit of the Appellant. There is simply no information to be given.” In view of these observations, he found that the information sought by the appellant was not available with SEBI and therefore, the respondent cannot be obliged to provide such non–available information.

For the query no. 3, the appellate authority, Mr Anand Baiwar noted that the respondent has clearly informed regarding the availability of the IGRP order on the SCORES Portal since the complaints were lodged on the said portal. Further, the appellant was also advised to directly approach the exchange for the requisite data pertaining to the exchange. On consideration, he found that the respondent has adequately addressed the query by providing the information available with him. Accordingly, he does not find any deficiency in the response.